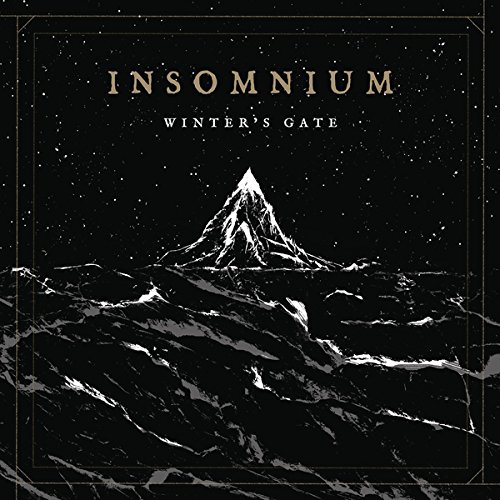 We’ve reached the Top 5 for 2016.  If I was a Grammy voter, these would be my nominees for Album of the Year.

We are starting with an ambitious album from Finland’s Insomnium.  I’ve been a fan of these guys from the early days of their career.  They have been a consistent force in the Scandinavian melodic death metal scene since their inception in 2002.  I have to say that their past couple of releases haven’t quite measured up to their earlier output and I was a little worried that the new album would follow suit in being decent, but not great.  They decided to try something a bit different with the new album in that it consists of a sole track of around 40 minutes in length.  Bands have tried this sort of thing before and many times it just ends up sounding like separate tracks consolidated under one title.  It’s rare for a band to actually pull off composing a single coherent track that is justly viewed as a single song.  Insomnium pulled this feat off with Winter’s Gate and truly delivered one of 2016 truly memorable albums.  The tale involves a group of Vikings (of course) bravely a treacherous frozen sea in search of a fabled island.

You’ll need to set aside a decent block of time to enjoy this one, but I assure you that it is well worth the effort.  I’m really hoping they make the trek across the Atlantic to play this thing in full for us in the States.