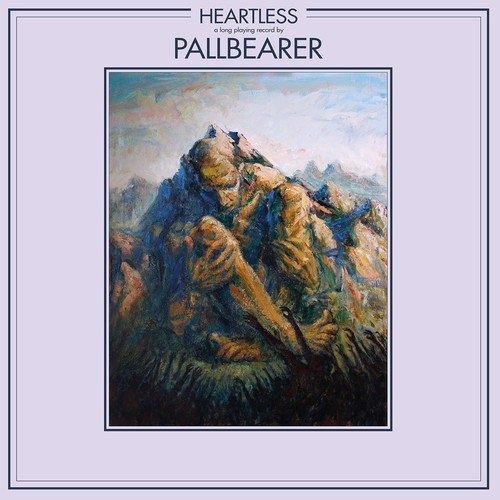 Arkansas’ favorite slingers of doom are back with the follow-up to 2014’s masterpiece, Foundations of Burden.  This latest release is a different take on the doomy landscapes of their past and represent a band that is not satisfied in staying in one place.  This is going to be a band that continually attempts to push the envelope further with each endeavor.

The career of these guys started out extremely dark and opaque with 2012’s, Sorrow and Extinction.  The songs on this album were nearly suffocating in their depression and the sludge of the accompanying music.  2014’s Foundations of Burden was a monumental release and saw the band pulling back the curtains a bit to let a little bit of light in to illuminate the sludge.  The latest release sees the band opening a window to let in a bit of fresh air in to blow away a bit of the stagnation in the air.  I wouldn’t call this a happy album by any means (song opener, I Saw the End, is typical of the the subject matter), but the doomy riffs contained on this album are a bit brighter than the previous two albums.  If these guys continue to brighten up on each album going forward, by the time these guys reach album #10, I fully expect them to be putting out songs in the vein of Shiny Happy People.

Even though the album as a whole doesn’t quite match up to Foundations (which honestly would have been tough…that was a damn near perfect album), this is another progression for a band that seems to refuse to stay in one place.  The song are definitely Pallbearer.  There is no mistaking their sound.  But it is a completely fresh perspective on their characteristic sound and makes for an extremely fresh and interesting journey.