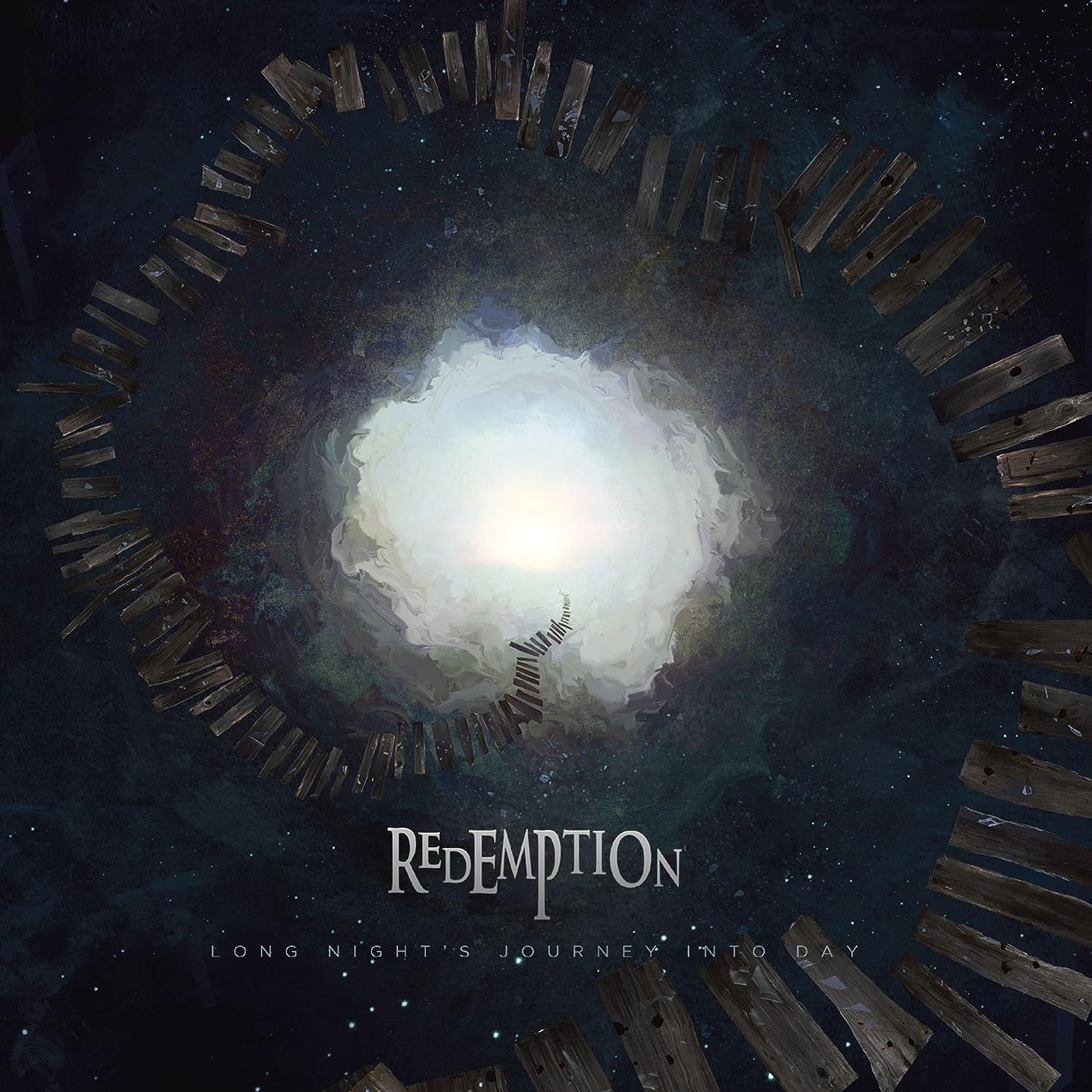 Redemption is a full-time band that has, in an odd way, always felt like a side-project.  This is a prog-metal project that has always been the brain child of guitarist Nick van Dyk.  The side-project feel mainly comes from their employing Fates Warning’s vocalist Ray Alder on the majority of their releases.  Since Fates was always Alder’s main gig, Redemption always felt as if it was in runner-up position.  This feeling continues on to this latest Redemption release that sees the departure of Alder from the frontman position and being replaced by Evergrey’s Tom Englund.  Since Englund isn’t giving up his main gig in Evergrey, it still feels as if Redemption is simply having placeholders step in to provide the vocals.

At any rate, don’t let the revolving place at the microphone color your view of this album.  The core of the band (van Dyk, bassist Sean Andrews and drummer Chris Quirarte) are all back and are once again cranking out some of the most unheralded prog metal tracks out there.  This band rightfully belongs up there with the Dream Theaters and Fates Warnings of the metal world.

This band has seen a lot of hardship and personal struggles over the years.  Guitarist Bennie Versailles suffered an aneurysm in 2014.  He is still listed as a current member of the band, but hasn’t recovered sufficiently to make any contributions since that time.  Lead dude, van Dyk, was diagnosed with an aggressive form of cancer in 2008.  He is now cancer free.  These ordeals colored much of the last two Redemption releases, This Mortal Coil and The Art of Loss.  The latest album sees the band lightening its collective load a bit.  Things aren’t exactly cheerful, as Redemption has always been a bit on the melancholic side, but there is light at the end of the tunnel on this one.  The music also just pops a bit more on this one than the past two albums.  It was almost as if the heavy subject matter of the past albums weighed down the music as well.  I have a feeling that the addition of England as the new vocalist provided a change of scenery for the band and had the added impact of pushing this album forward and, in my opinion, into one of Redemption’s better efforts.