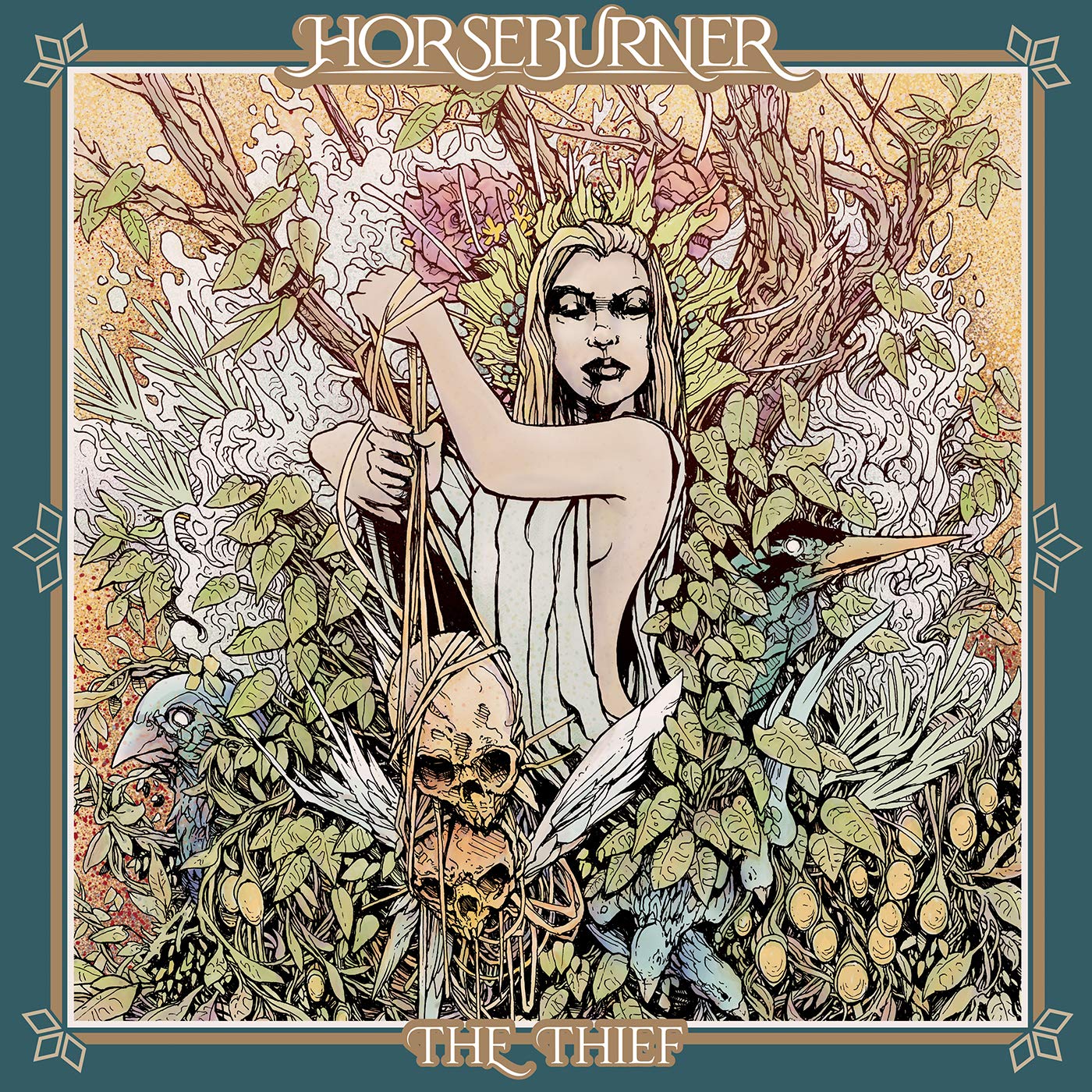 I’ll admit it.  I kind of based this purchase solely on this album cover.  Very Baroness-esque in its look.  And you know what?  I’m the big, big winner.  Because Horseburner has release a very capable proper debut album.  I say proper debut, because I really don’t know a lot about these guys.  It looks like they self-released two albums prior to this one, but this is the first to get a label release.

It’s nice to see another band join Byzantine in the ranks of metal bands hailing from the lovely state of West Virginia.  The sound contained on here reminds me in places of Baroness, in others of Crowbar and still in others of Mastodon.  It feels like every song on here has it’s own distinct personality and/or influence.  The aspect that feels like it changes the most from song to song is the vocal performance of drummer Adam Nohne and guitarist Jack Thomas.  I honestly can’t tell if the vocals are a joint venture or if they are trading off from song to song, but the vocals just feel as if they are specifically crafted to whatever sort of vibe they are going for on each song.  It really works for the diversity of the presentation on the whole and keeps things interesting.

Anyway, cool new band of the scene.  These are dudes to keep an eye on.