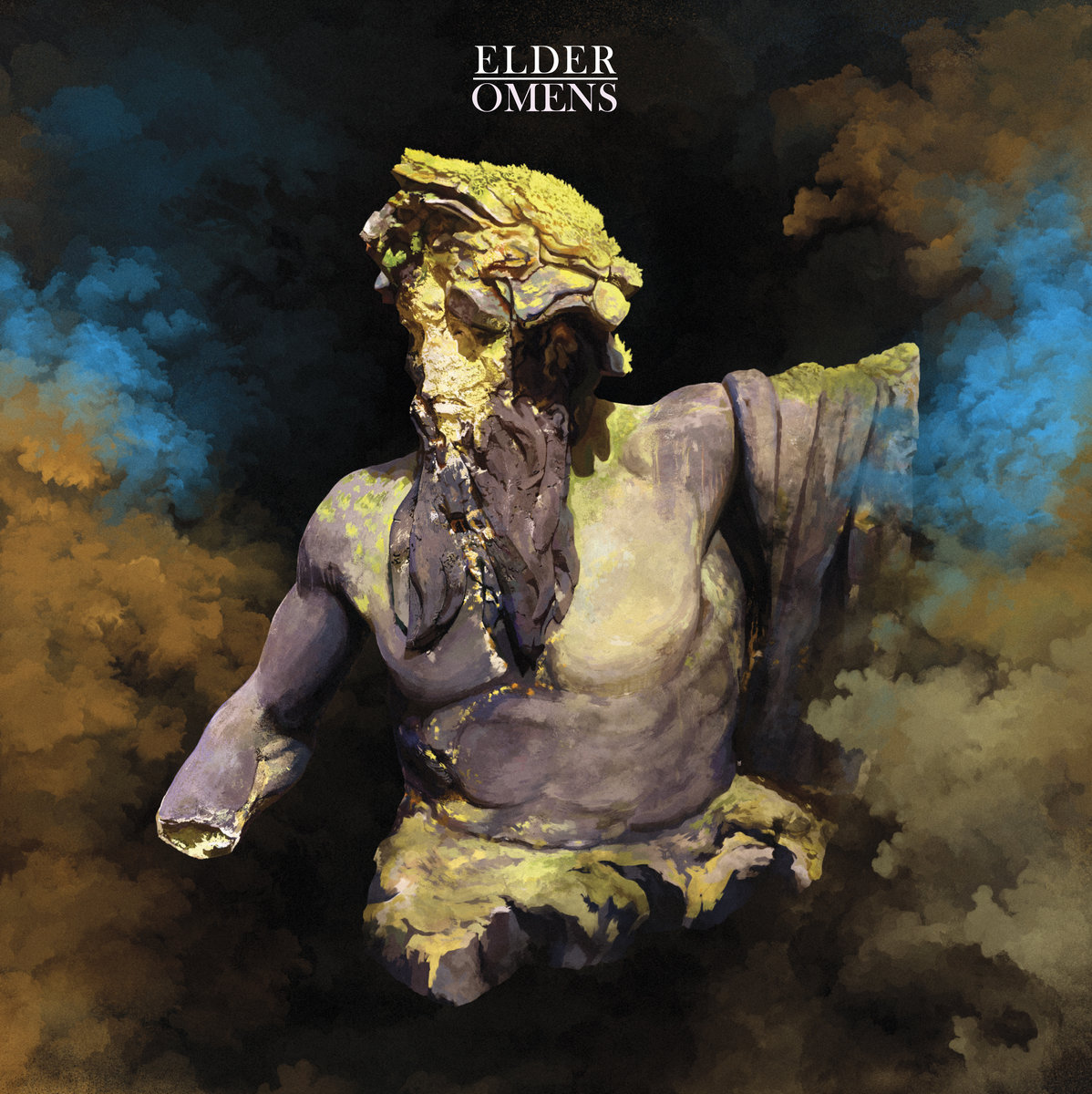 Sometimes it takes a few listens to fully realize the magnitude of an album.  Other times, an album will simply knock one on one’s ass from the first few notes.  Omens by Elder is one of those albums whose quality and importance simply jumped right out of the speakers and slammed me to the floor.  Slammed to the floor not by heaviness, but floored simply by the ambition and execution of one of the more creative albums to come down the road in quite some time.  This is a very special album and one you would do well to give a listen.

Elder is a band from Massachusetts that has recently expanded from a power trio to a quartet.  Their brand of metal is a blending of atmospheric psychedelic doom with a heavy dose of progressive leanings and a smattering of jam band sensibilities.  This latest album is simply a culmination of all that has come before from Elder and is just breathtaking in its scope and transcendence.  Textures and melodies abound.  A nice element that has been added is the element of keyboards that really seem to make Elder’s sound much more large than they have in the past.  There is not a weak moment on this album.  From beginning to end, this is a statement of aural complexity and a beautifully texture sonic landscape.  It’s an album in which one can simply escape and lose oneself for its duration. This will more than likely be a hard album to beat come the year end best-of lists.