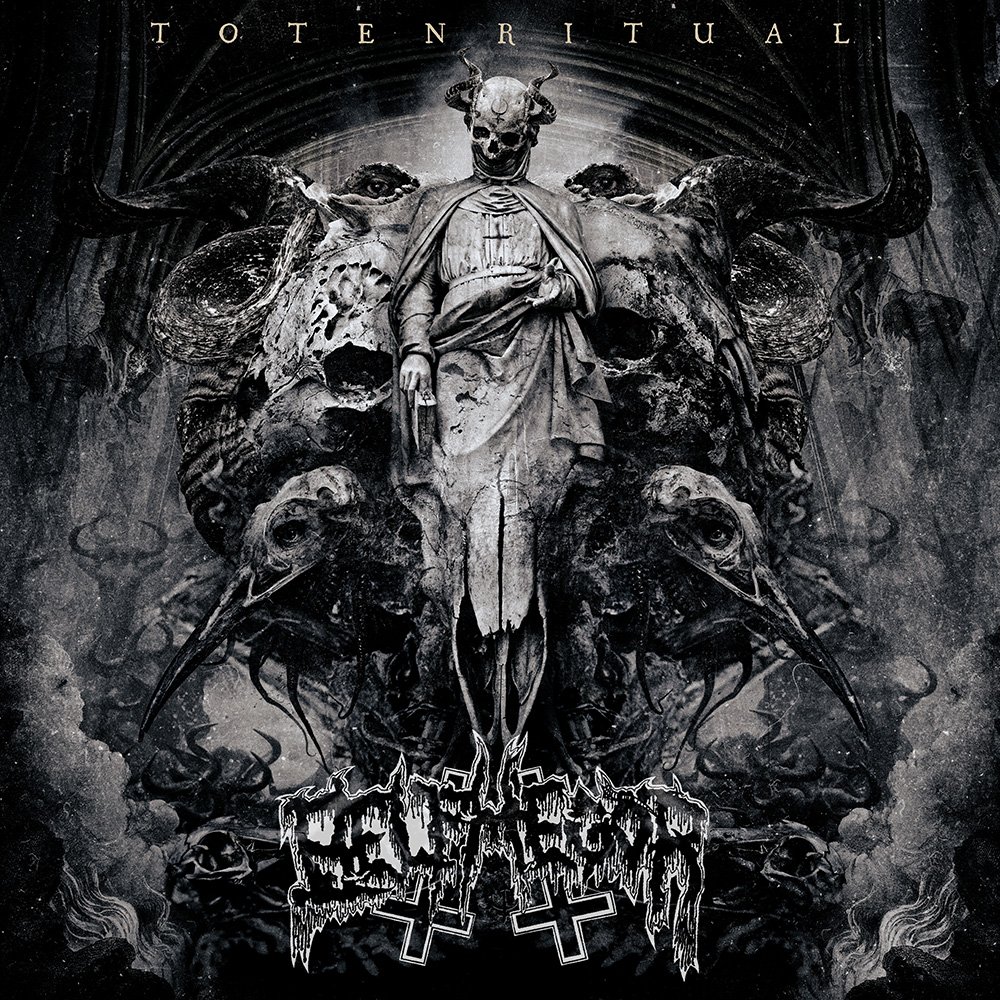 Real metal music is always going to have dark undertones.  It’s part of the appeal.  It makes the whole enterprise a little risqué.  Black metal takes these dark undertones to the extreme in both imagery and lyrical content.  There’s kind of a dividing line between the black metal bands into two camps.  One hand side you have bands like Ghost, who are more of a tongue-in-cheek campy embrace of the dark side while mocking the stuffiness and hypocrisy of organized religion.  It’s more of a Vegas-style show than anything approaching real evil.

On the other hand, you’ve got bands like Belphegor.  These guys are not fucking around and are honestly a tad scary.  In addition to being into all things Satanic and blasphemous, these dudes hail from Austria.  I’ve always kind of viewed Austria as a more rigid version of Germany.  I just can’t really picture these guys in this band ever smiling or laughing.  Do they ever have fun?  Do they frolic with puppies?  Do they go to the park on a sunny day for a picnic or to fly a kite?  Do they secretly binge watch seasons of Grey’s Anatomy and swoon over McDreamy when they aren’t on tour?  I’d like to think that they do, but, shit, I don’t know.  They may just be this grim all the time.

So, seeing as though these guys are scary as shit and listening to one of their albums pretty much reserves a spot for yourself in one of the lower rings of hell, why should you give their new album a chance?  Well, it’s pretty damn good, that’s why.  Is it worth spending the afterlife in eternal hellfire?  Probably not, but it’s still a solid black metal album.  The normal Belphegor sound is your traditional black metal with blast beats all over the place and Helmuth’s anguished screeches and wails overtop.  This time around, it seems as though Helmuth and his minions decided to pull back on the reigns of the sonic chaos a bit.  The latter half of the album has a decidedly slower pace which actually results in the songs sounding a bit heavier than normal.  It was a really nice decision and direction for the band.  I really think that this new album may open them up to a little wider audience.  I mean, they aren’t going to be booked on the Jimmy Kimmel show anytime soon, but I think this album ends up being their biggest seller to date.