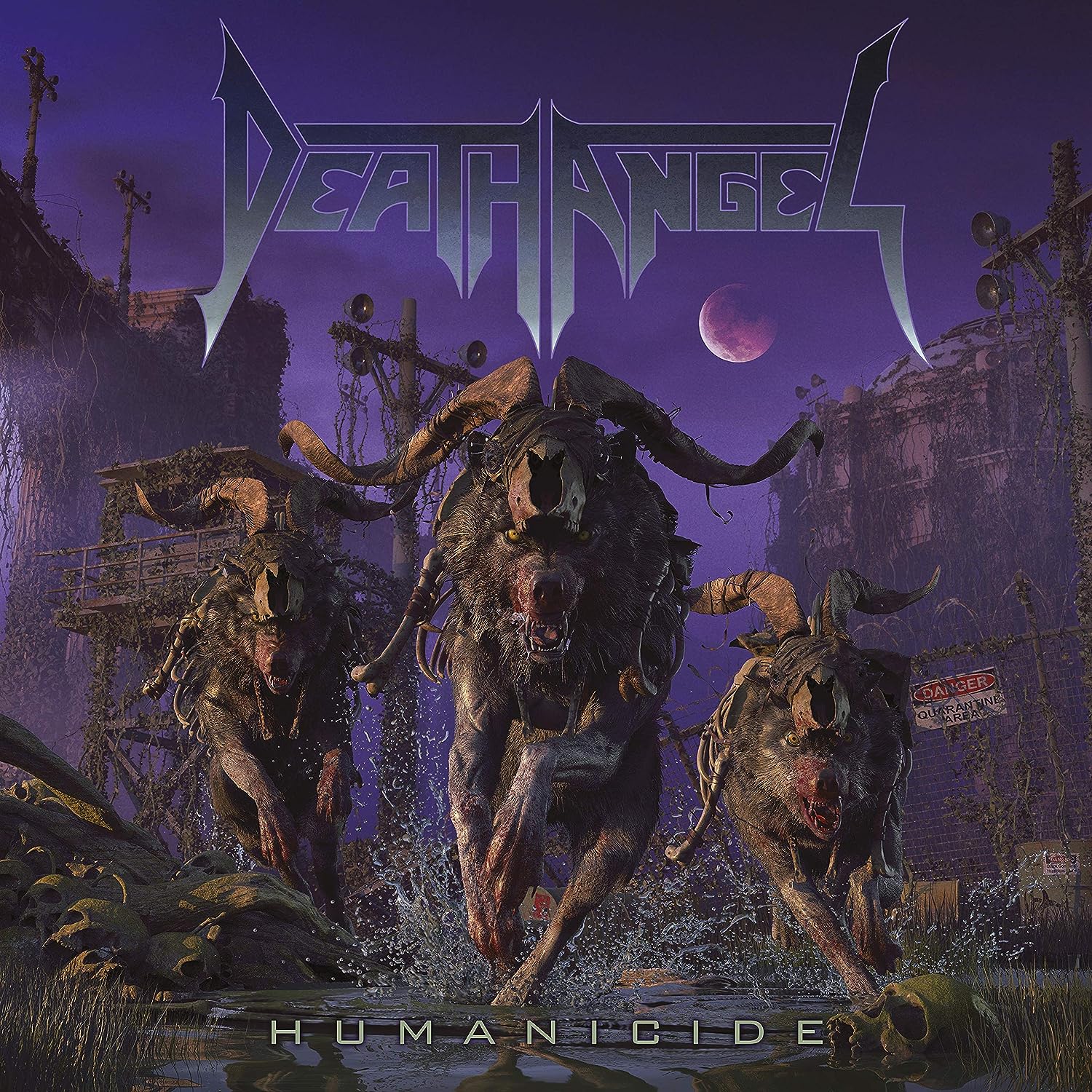 Hell, yeah!  We’re back to the wolves with hats album cover motif.  Harkening back to The Dream Calls for Blood in 2013, I guess this is going to be a running theme for Death Angel.  I’m not really sure why they went away from it on their last album, The Evil Divide or why they have decided to go back to it now.  I know it’s got to be a wolf in sheep’s clothing sort of deal, but it just looks like they are wearing hats.  Anyway, Wolves With Hats!!  Excellent!

By this point, Death Angel really isn’t a band anymore.  They’re a goddamn institution.  These guys started when they were teenagers in the 80s and since their reformation in 2001 they have been an absolute model of consistency.  It’s a shame that the thrash bands from the 80s that aren’t in the so-called Big Four don’t get quite as many accolades for their contributions to the foundations of the classic thrash sound.  Even though their early career only resulted in three full albums, the absolute onslaught of quality albums produced since their reformation should solidify these guys in the halls of metal history.

The new album slots right in with the remainder of their material from the 2000s.  It’s tight and focused.  It’s just a solid fucking metal album.  Cavestany and Aguilar are just tearing things up on the guitar and Mark Osegueda is really turning into one of the warm blanket voices going in metal today.  His voice has just aged like a well-worn leather jacket.  He can still hit the highs as he did in his younger days, but there is a crusty battle-weary edge to it now that really gives his sound some character.  He’s been through the trenches and has come out the other side and it just gives all of the songs a little more heft and substance.  Even though the album doesn’t have any major changes in sound from their previous releases, there is a bit of a brighter metal sheen to some of the guitar sounds throughout.  It feels in a way that they tried to hit a bit more of a traditional metal sound on this one.  Kind of some Maiden and Dio influences running through a few of the songs.  Overall, this is just another album you should own.  Death Angel is just an institution and shouldn’t be overlooked.