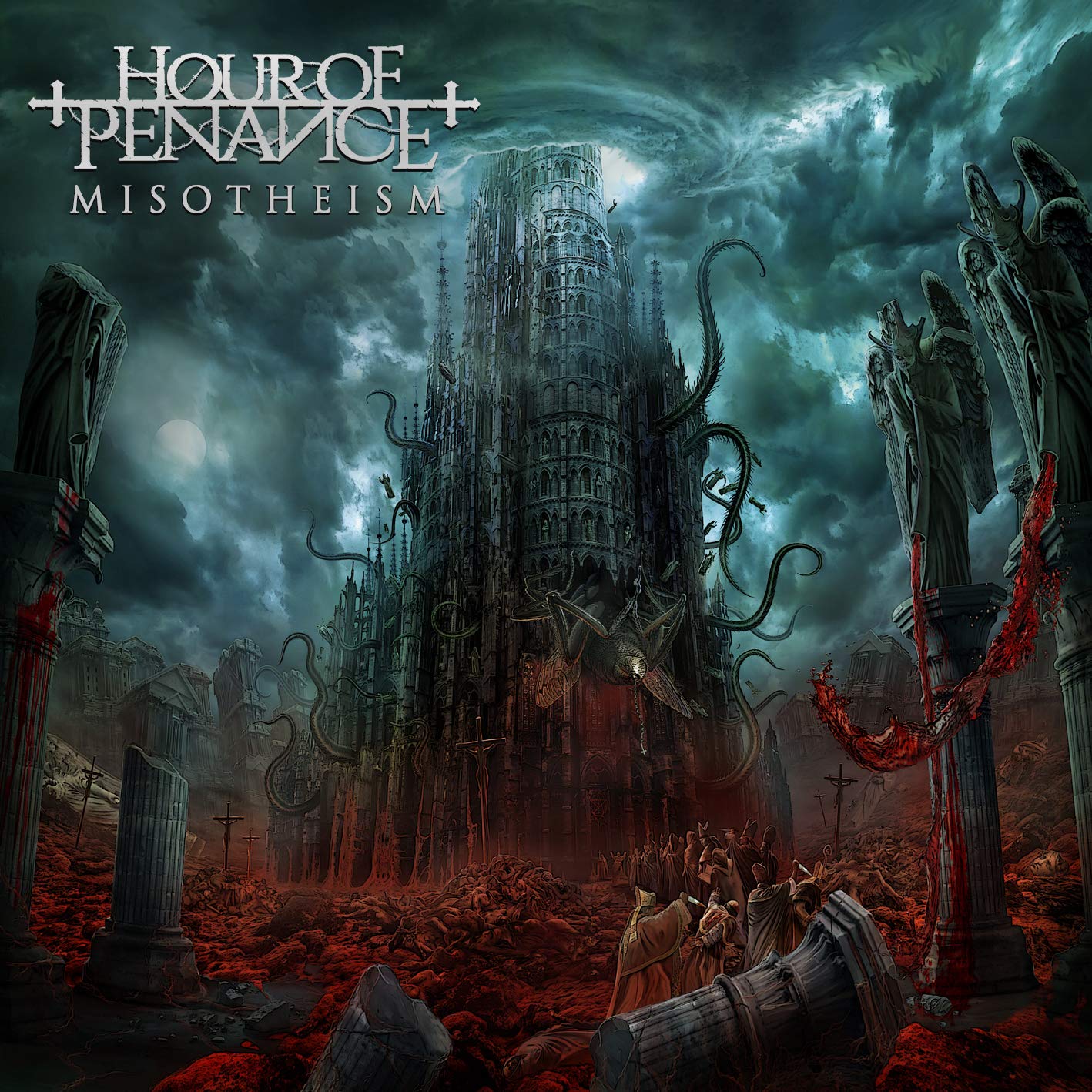 Yeah, that’s kind of a blasphemous album cover.  Not a lot of good happening there.  Which matches up with the album title of Hour of Penance’s latest.  When I first read Misotheism, I thought they had just made up a word.  Was this about believing that miso holds the Almighty?  Is the album about the worship of soup?  No.  Let this be another example of metalheads being a lot smarter than they are given credit.  I went down a serious internet rabbit hole while looking up Misotheism.  Turns out that this is an ancient Greek concept regarding the hatred of God.  It takes the concept of atheism up a notch or two.  It’s not the belief that God doesn’t exist.  It’s a belief that God exists, but instead of worshiping and gaining comfort from him/her/it, you actually feel spite and hatred for the entity.  It seems like the philosophy is rooted in why God allows so many innocent people suffer unnecessarily if God is all powerful and omniscient.  Dark shit and feels like good fodder for a metal album.

Hour of Penance has always explored the darker sides of religion and in many respects this latest album reminds me of Behemoth’s work over the years.  Both bands use traditional Christian stories and texts and looks at them from a very different perspective.  I find this kind of shit fascinating since I was brought up in the church as a kid and am very familiar with Christian theology.  The music contained on here is pretty straight ahead technical death metal.  Very crisp and very cleanly recorded.  Just a professional metal album that doesn’t veer to far out of its lane, but gets props for being an engaging listen overall.