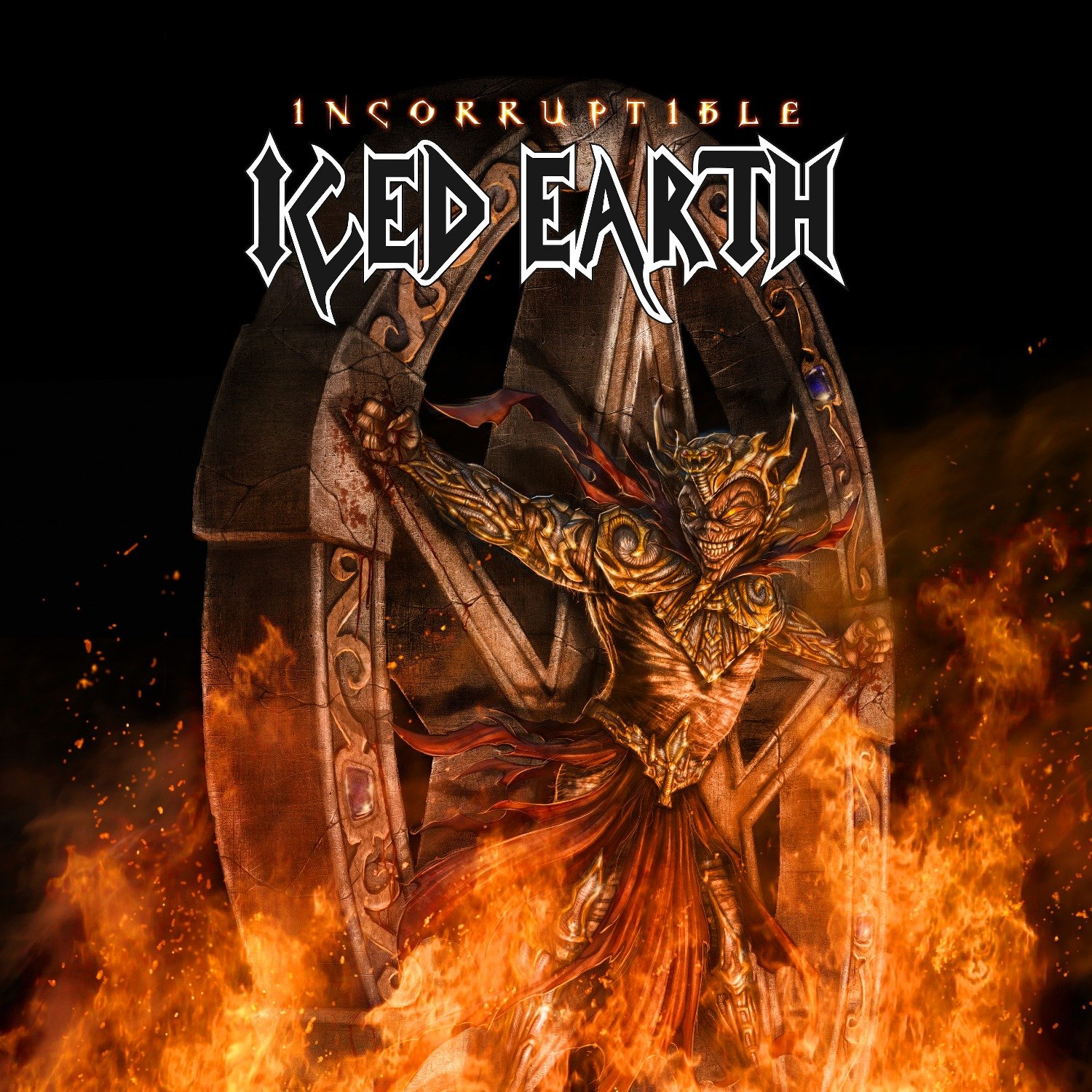 So, I’ve had quite a love/hate relationship with Iced Earth over the years.  On the love side, their early career saw them release some of my favorite metal albums from the 90s.  Night of the Stormrider, Burnt Offerings, The Dark Saga and Something Wicked This Way Comes are as strong of a quartet of metal albums released in sequence as any metal band in history has had.  Iced Earth is a key counter argument of mine whenever anyone starts bitching and moaning about the 90s not being a good decade for heavy metal.  However, on the hate side, their output since the 90s ended have left a lot to be desired.  I have a feeling that lead Iced Earthling, guitarist Jon Schaffer, follows in the mold of Dave Mustaine in being someone difficult to work with.  Iced Earth has basically been Schaffer and a nameless rabble of singers, guitarists, bassists and drummers over the years.  I think the constant turnover of support players has hurt the band’s continuity over the years and has led the resulting products to suffer in terms of quality.  It’s not as if the material produced since the year 2000 has been horrible, but there just hasn’t been anything produced as memorable as their earlier output.

So, where does that leave us with 2017’s version of Iced Earth?  Well, color me pleasantly fucking impressed.  This is album number three for singer Stu Block (ex-Into Eternity) and it really seems like things finally gelled in the studio.  This is a really infectious and solid album from start to finish.  I still don’t think that Schaffer and crew has reached the heights of their classic albums, but this is definitely a step in the right direction and is light years greater in quality over recent output.  Also, it should be noted that new lead guitarist, Jake Dreyer, gets the gold star award for this album.  His leads are just tasty and are an outstanding addition to the Iced Earth sound.  Keep this dude around, Jon.  I think you found a good one.

Overall, it is really good to see these guys back.  I hope it portends well for the band finally turning the corner and getting back to what they do well.