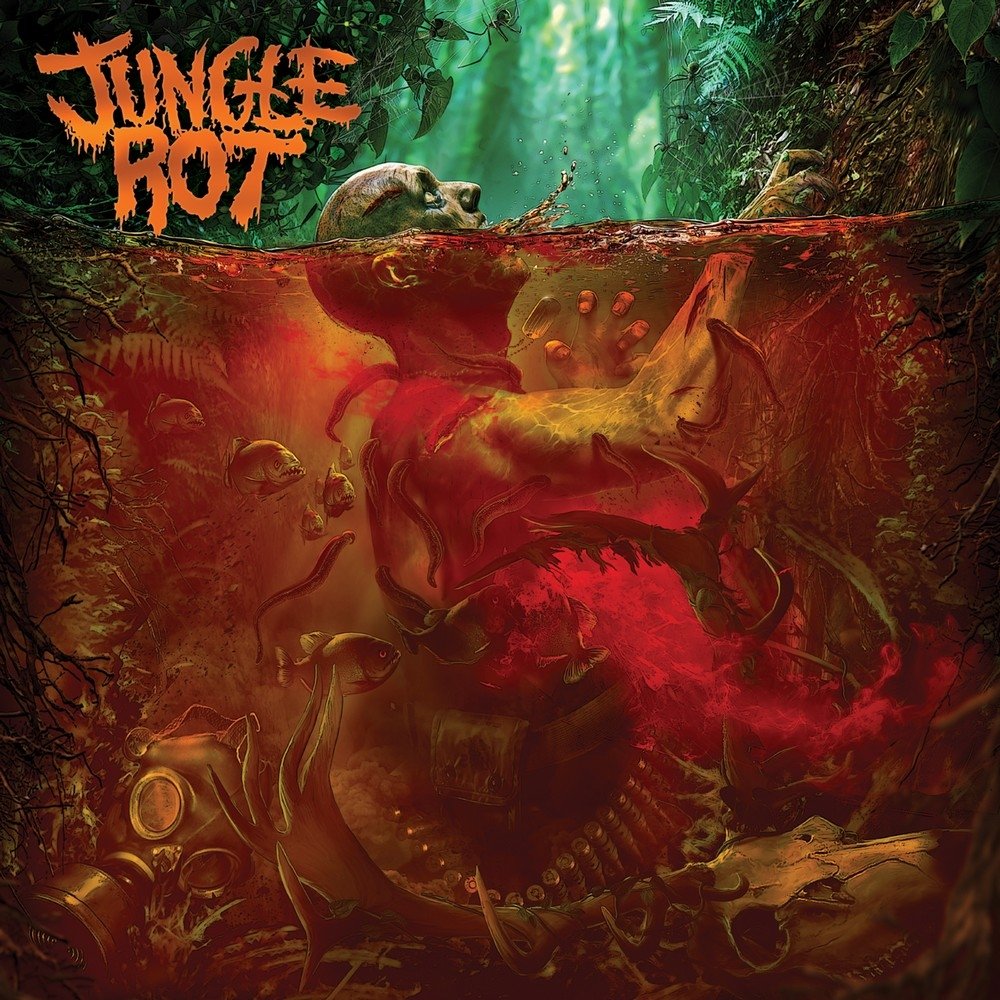 Jungle Rot is one of those blue-collar, in-the-trenches, no-bullshit death metal bands that just keeps on putting out solid album after solid album to little or no fanfare.  And it’s a damn shame because these guys bring the goods every time out.  It feels like Jungle Rot is one of those bands whose reputation within the industry is higher than it is with the general public.  This is evidenced with having Max Cavalera guest on their previous album and having Max Schmier from Kreator guest on this current album.

I’m honestly not sure why these guys aren’t bigger than they are.  They’ve been at it for more than 20 years.  They tour a lot and have had supporting slots on some good tours.  They play a style of death metal that is slower in tempo than a lot of bands which allows them to bring a bit of groove to the proceedings.  Kind of like a melding of Cannibal Corpse with AC/DC.  They are one of those bands in which you will find yourself unconsciously head banging along simply because the rhythms are so infectious.

Side note:  If I were going to bitch about any one thing on this album, it would have to be the title.  I just hate self-titled albums.  It just feels lazy.  Especially when it’s not the debut album.  I can kind of give you a pass when it is the debut since it is your first introduction to the public at large as a band.  But, when it’s album number 10.  C’mon.  You’re better than that.  At the very least, use the title of the strongest cut on the album or the most creative song title from the album.  This is not just aimed at Jungle Rot, but for bands everywhere.  No more self-titled albums, OK?  I don’t ask for much.  Please, consider this one little thing.