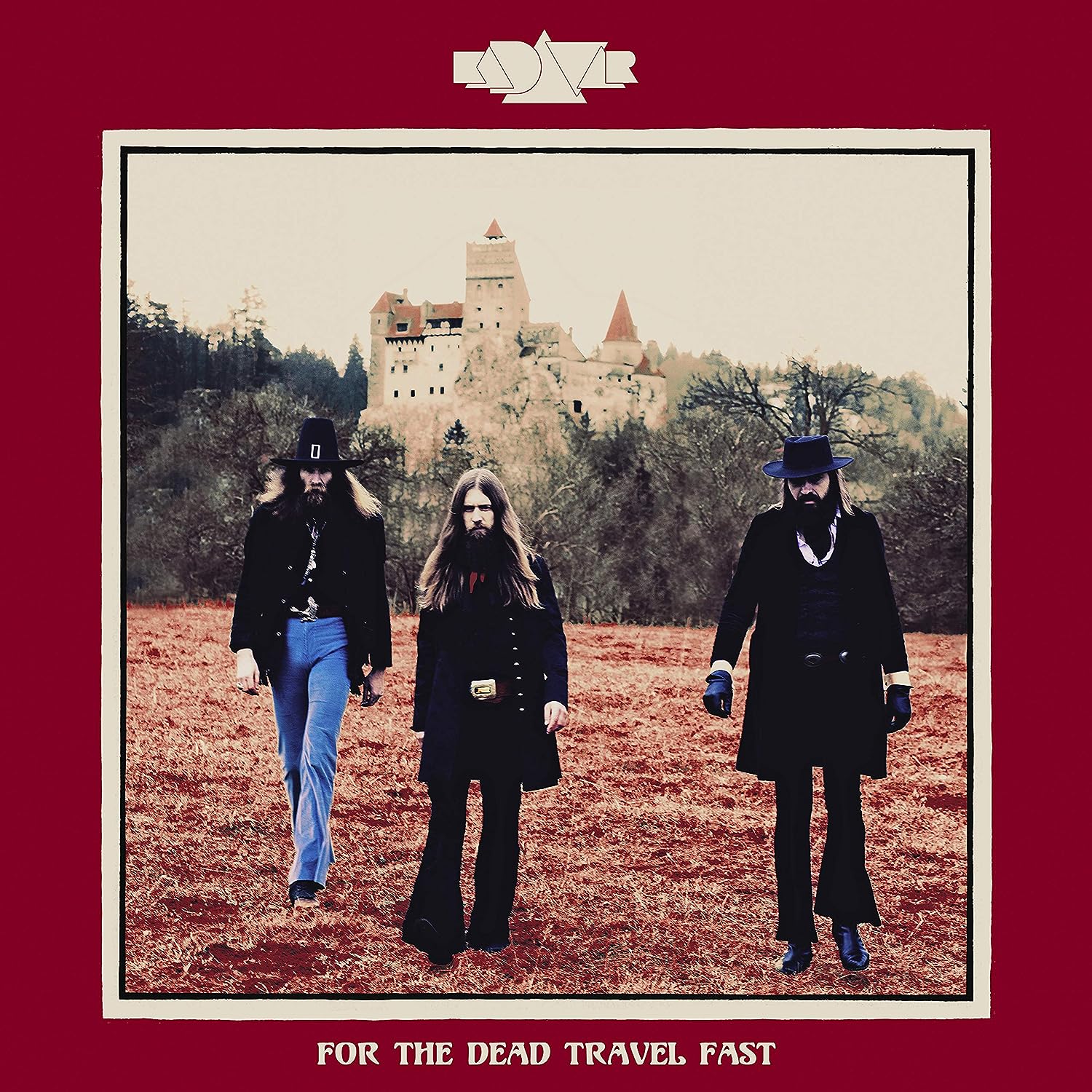 For the Dead Travel Fast feels like a return to form for Kadavar, albeit one that doesn’t entirely succeed on all fronts.  Kadavar is a band that, at their best, channels the early masters of heavy metal such as Sabbath with a bit of a psychedelic sheen.  Their first couple of albums were focused and tight and the songs just crackled out of the speakers as soon as you put the album on.  They were one of the best of the great rabble of bands employing a retro sound.  Their last two albums, Berlin and Rough Times, saw the band employing a bit of a cleaner and an almost more fashionable angle on their original sound.  To me, these albums felt a bit like a band caught in a rut and attempting to break new ground.  However, the direction they took things just didn’t quite leave the mark as their earlier material did.

The new album feels like they have decided to embrace the dirtier and grittier sound of the first couple of albums.  Overall, there are two to three terrific songs on here; two to three mediocre songs and a couple of filler tracks.  It’s not an entirely successful album overall, but I like the direction that the band has embraced on here.  The Devil’s Master and Evil Forces are probably the two strongest tracks on here.  I especially love the adventurous vocals stylings contained on Evil Forces.  Frontman Lupus decides to really push his vocals into the seriously high-pitched range and it doesn’t feel like he is entirely successful at his attempt.  My first reaction on hearing was, “Holy shit!  He’s actually going there.”  But even though it doesn’t quite work on a pure technical level, it is still awesome to hear him push his vocals to their absolute limit.  The resulting effort may not be of Dickinson-type quality, but it still ends up being a pretty fucking cool part of the song.  I find myself cheering for him every time that part of the song comes up.  Balls to you for having the stones to try it.