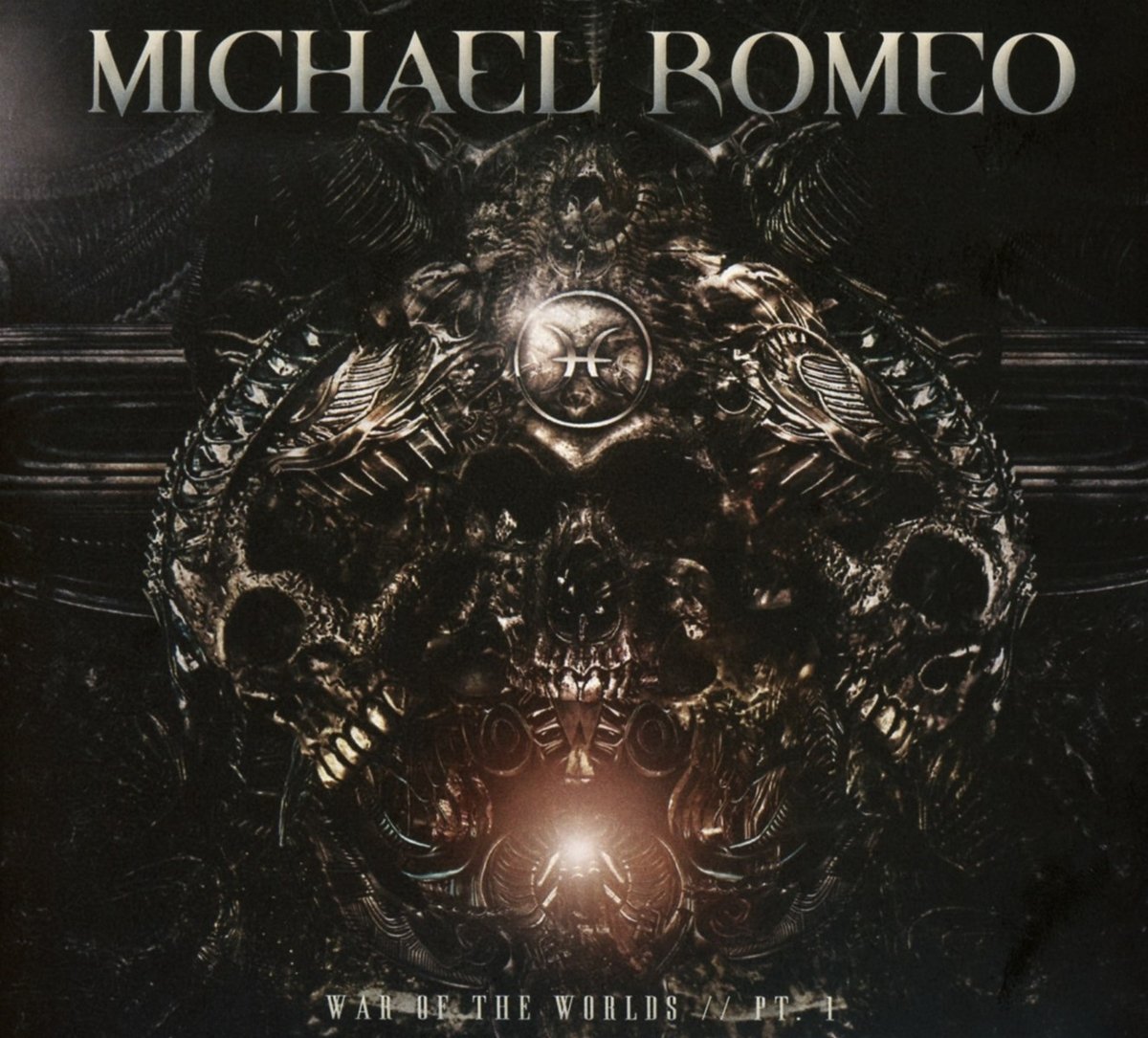 O Romeo, Romeo, wherefore art thou, Romeo?  Dude, he’s hanging out in New Jersey shredding the hell out of a guitar.  That’s where.

If you’re not familiar with the name Michael Romeo, you’re probably not a prog metal fan.  He has been the driving force and lead guitarist for legendary prog metal group Symphony X since the mid-1990s.  This dude is really everything Yngwie Malmsteen wants to be when he finally grows up.  He’s got the flash.  He’s got the technical skill.  He knows how to construct a proper crunchy metal riff.  He actually knows how to compose a well-crafted song.  And he has luxuriously flowing locks to boot.

Since Symphony X is on a bit of a break, Mr. Romeo has delivered his first proper solo album.  Honestly, this really sounds like it could have been released as a Symphony X album.  It’s the same sort of ambitious sort of prog metal that his main gig is known for.  It really doesn’t stray very far from that template.  The only downside is not having Symphony X’s vocalist Russell Allen singing on these tracks.  Rick Castellano does a nice job of things on the mic, but since the songs sound so close to Symphony X, it’s hard not to imagine how they would sound with Allen at the helm instead.

All in all, this is a solid if somewhat uninspired album.  It has some really nice parts, but I would have liked to see Romeo push himself a bit more.  Try some new things that we don’t see you already do in your main gig.  It’s not really a complaint on the quality of the tracks presented.  It’s just that the album feels a bit like a missed opportunity to explore some different areas than we are used to hearing from Romeo.