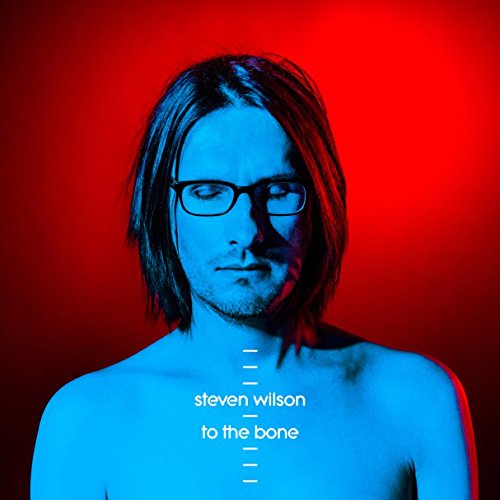 Yes, I know this isn’t metal.  Settle down.

There are a lot of people out there that can’t stand prog rock/metal.  I have a bit of a theory as to why.  Prog is not easy.  It seems like the best prog albums don’t click the first time through.  It seems like I downright hated a great many of the albums that I consider monuments in the prog universe the first time I listened to them.  A good prog album is challenging.  It goes where the listener may not be accustomed to going or to places that feel uncomfortable.  It’s not an easily digestible form of art.  Plus, there are generally a shitload of keyboards…which scares the piss out of true metalheads.

Steven Wilson is one of the planet’s true musical treasures.  I put his songwriting right up there with the pinnacles of rock musicians.  In many ways, he is our generation’s McCartney.  I know…bold fucking statement, huh?  Well, go back through his catalog of solo and Porcupine Tree material and tell me that we aren’t in the presence of one of the greats.  The sad fact, however, is that a great majority of the pop music listening people out there have no clue this guy even exists.

So, each album this guy puts out is a bit of a challenge.  Where is he going this time out?  Rumor around the tubes is that he was going to focus his efforts in to constructing a pop album.  I’m not the biggest pop music fan, so this news gave me a bit of pause.  And, honestly, the first impression that I had upon hearing the album all the way through was “Meh.  You’re better than that, Wilson.”

This gets us back to the nature of prog music.  It challenges.  I went back and somewhat unenthusiastically gave the album a couple of more listens.  And you know what?  This is a subtle emotional gut punch of an album.  Wilson’s entire solo career really reminds me of the late era Beatles where they just didn’t give a shit.  They experimented.  Not all of it worked, but the moments when it did were simply magical.  This album is full of magic.

Musically, this new platter sounds a bit like the mellower moments from Porcupine Tree (think Stupid Dream) and his solo material.  I hear a lot of Radiohead coming through.  Maybe even some of the lighter Nine Inch Nails material.  The title track, People Who Eat Darkness and Detonation could all be on early Porcupine Tree albums.  You’ve even got a dance track in Permanating (his self-described Abba moment).

So, what I saying is:  give this one some time.  Put on some candles, lay your head back and let this one gently melt into your subconscious.  This is a keeper.

I’m including the track Pariah, which is one of the stand out tracks on the album, and features a woman singer named Ninet Tayeb.  I had never heard of her before this song, but WOW.  Such an amazing voice.  If this song doesn’t tear your emotional guts out, you probably don’t have a pulse.

I’ve also included a short interview that Wilson did on a BBC morning show.  This will give you a sense of where this guy’s head is musically and his take on what prog and pop music are.