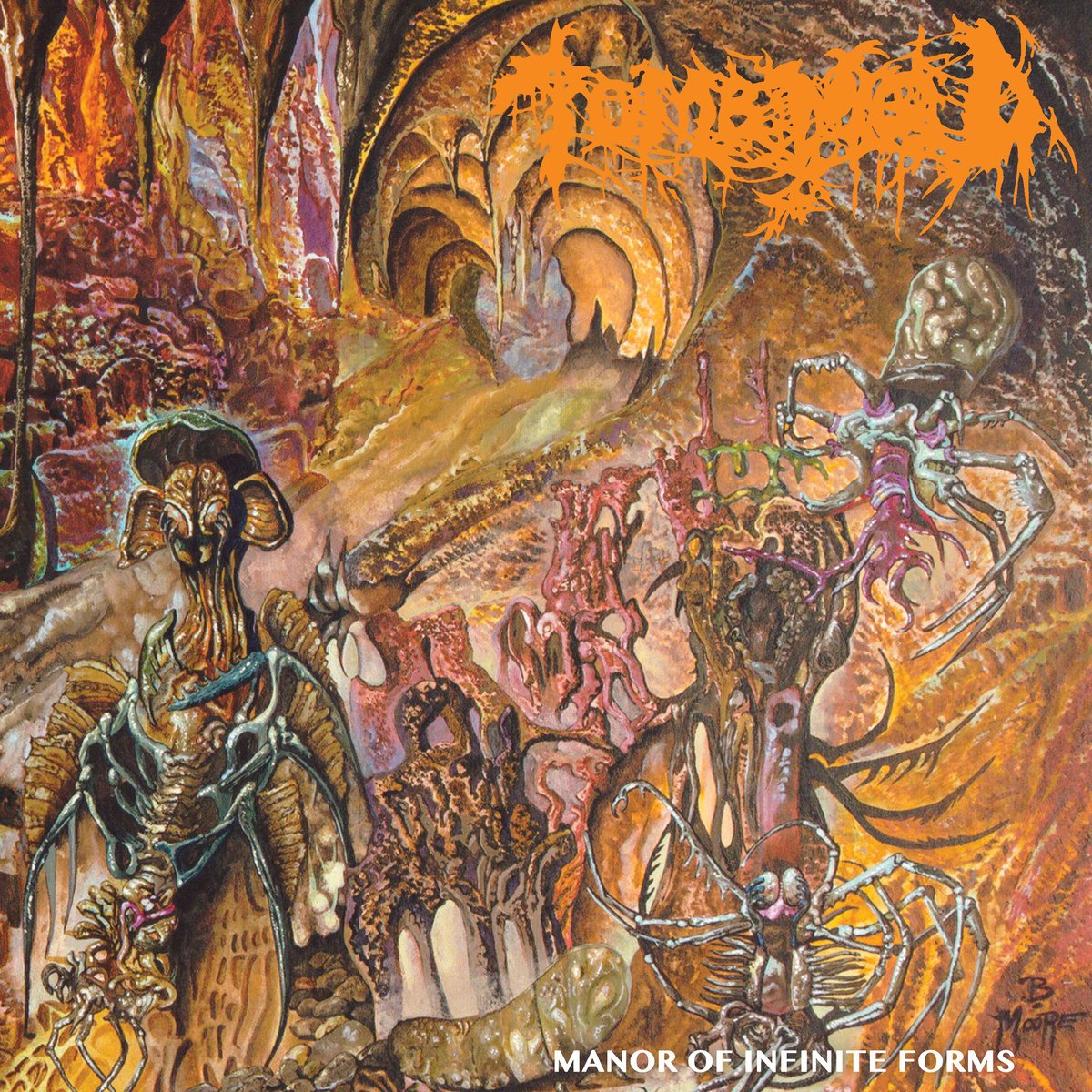 Honestly, when this band and album cover popped up on my release calendar, I was a tad hesitant.  This thing just seemed a tad too much on the nose as far as death metal clichés go.  Completely unreadable logo?  Check.  Sinister gross-out band name?  Check.  Grotesque, nightmare inducing album artwork?  Check.  I really felt like this was going to be another generic paint-by-numbers Cannibal Corpse worshiping slag amongst the great rabble of death metal noise coming from the masses.

Well, let this be a lesson to ya, dammit!  This is about as perfect a death metal album to come down the pike in quite some time in my humble opinion.  And I listen to a shitload of death metal.  These dudes from the lovely town of Toronto (Go Leafs Go!) have crafted a pristine slab of death metal as it should be performed.  Sometimes death metal bands just hit the gas and go for the jugular sonically from the opening notes.  Others tend to get bogged down in a sludgy heap where it is difficult to pull out the intricacies from the performances on the album.  Tomb Mold has found that happy medium.  Every riff is clean and articulated.  The pace is not break neck.  It stays in that perfect area where everything is heavy as shit, but the speed and sludge doesn’t overwhelm the songs.

I just can’t recommend this one enough for you death metal mavens.  It feels like I’ve been waiting for this album for a really long time without even realizing it.  I suspect there are many of you out there that will feel the same upon hearing this one.