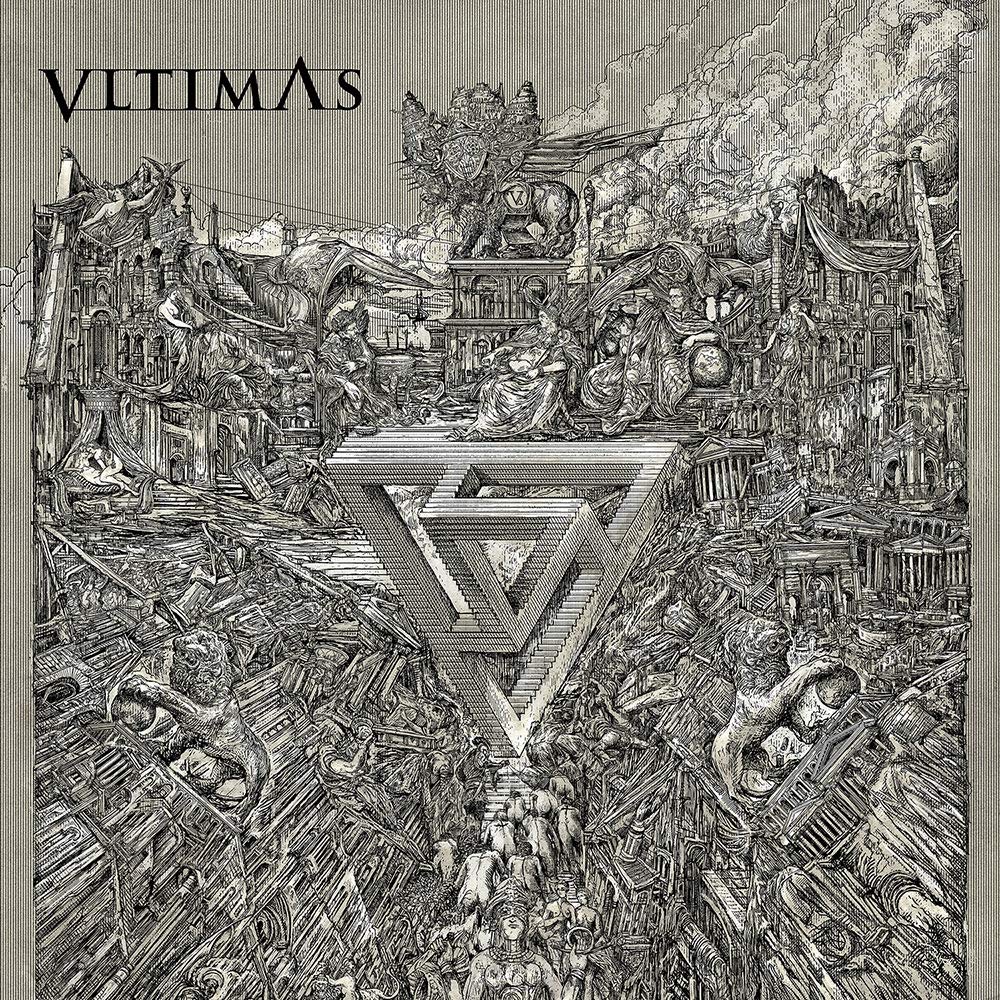 Well, this is a nasty little record.  And one that kind of came out of nowhere.  Take three dudes from three legendary death metal acts and you’ve got a pretty formidable lineup on your hands.

Vltimas consists of ex-Morbid Angel vocalist/bassist David Vincent, ex-Mayhem guitarist Rune “Blasphemer” Eriksen and Cryptopsy drummer Flo Mounier.  Vincent has been meandering all over the place since his latest departure from Morbid Angel and was last heard promoting his country-and-western project.  It’s nice to see him get back in the metal fold on this album and I think it may be his strongest performance since the early Morbid Angel albums.  All three dudes just seem energized on this album and the songs just crackle with life.  This is very much is the Behemoth sort of death/black metal vein.  It’s cool too in that this thing doesn’t really sound like any of the other bands these guys are associated with.  It is it’s own little entity.

Another plus, if you’re into this sort of thing, is the album artwork.  If your a purist and still purchase the hard copies of album, you’ll be rewarded with a full expanded poster of the artwork on this one.  For this reason, I’ll just never understand people who go digital only.