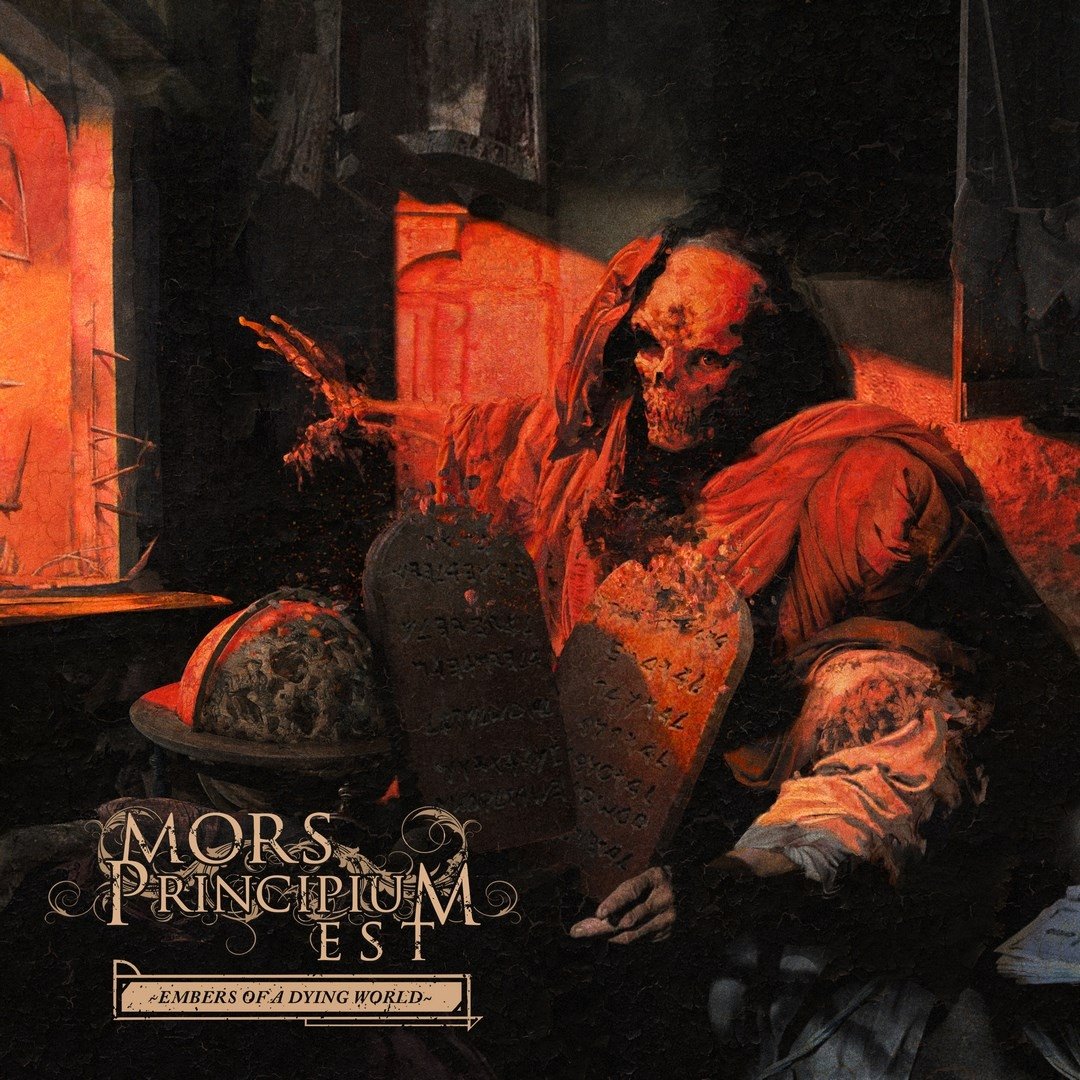 The Washington Post could surely add this title to its dismal taglines going forward.

This is the sixth (sixth?!) album these Fins have released.  How is that possible?  I remember stumbling upon them when listening to some compilation demo CD way back in the early aughts.  They have been cranking out seriously technical melodic death metal for years now and it is really surprising to me that they haven’t become more well known over the years.  Maybe it’s the way the band name just really doesn’t roll off the tongue all that easily (It’s Latin translated loosely to “Death is not the end” in case you were curious).  Also, I don’t believe that they have managed to tour the States as of yet.  Hopefully this changes in the near future.

For a band that does not have a keyboardist among its permanent members, Mors’ sound it driven heavily by symphonic keys.  The keys take as much as, if not more, of a forefront on the sound of this new album as the guitars do.  Overall, this album has some solid songs sprinkled throughout, but I have to say that it is a bit of a disappointment coming off the very solid predecessor, Dawn of the 5th Era, from 2014.  I can’t really pinpoint what it is about this album that just falls a bit flat.  There is nothing really wrong with this record, but it just doesn’t grab the listener as some of their previous releases did.  I just have a feeling that this is an album that is going to fall back amongst the rabble of other generic death metal releases this year.  It’s a crowded field and it takes a little something special to stand out.  These guys have the talent to do that as they have proved in the past.  I have a feeling that this album may be just a speed bump in the road going forward.  At least I hope so.