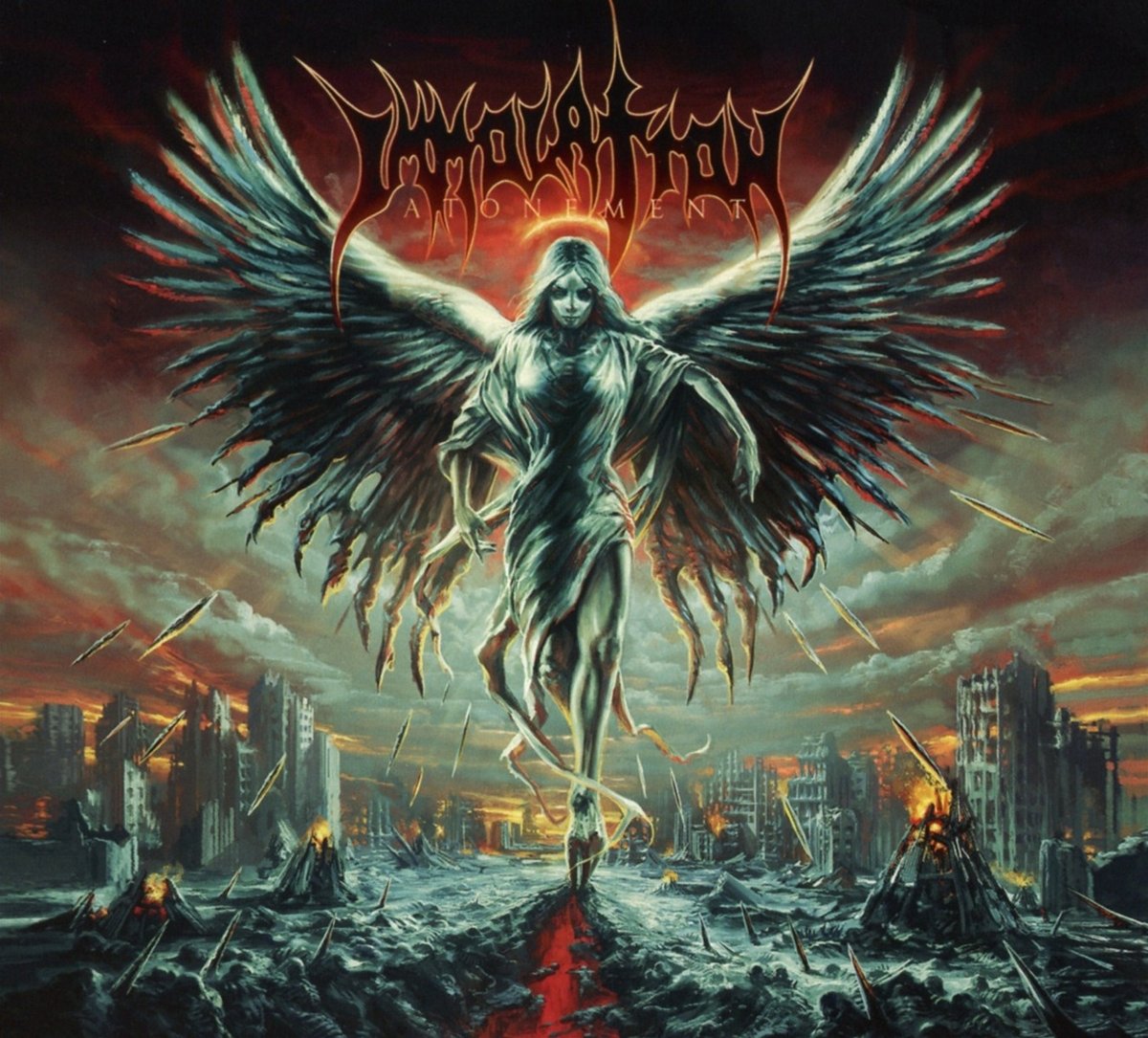 Damn.  That is just a near perfect metal album cover.  And the better thing is that the album it presents is just as good as its packaging.  And thank you for going back to the old school logo.

I’ve always been a firm believer that a good death metal or thrash metal album, more so than other genres of music (maybe excepting jazz) needs a really solid drummer to lay an extremely solid foundation for the rest of the band.  Immolation gets this in spades with the work that drummer Steve Shalaty provides on this current album.  He just goes for grooves and time signatures that aren’t cut-and-paste.  There is a real creativity to the patterns that he brings to the proceedings and it just elevates the material.  This album would just not have reached the same level of badassedness had it not been for his performance.  And this is not to take away from the rest of the band.  These guys really have a knack at coming up with guitar riffs that drive their songs in really interesting directions.  These guys are next level death metal.