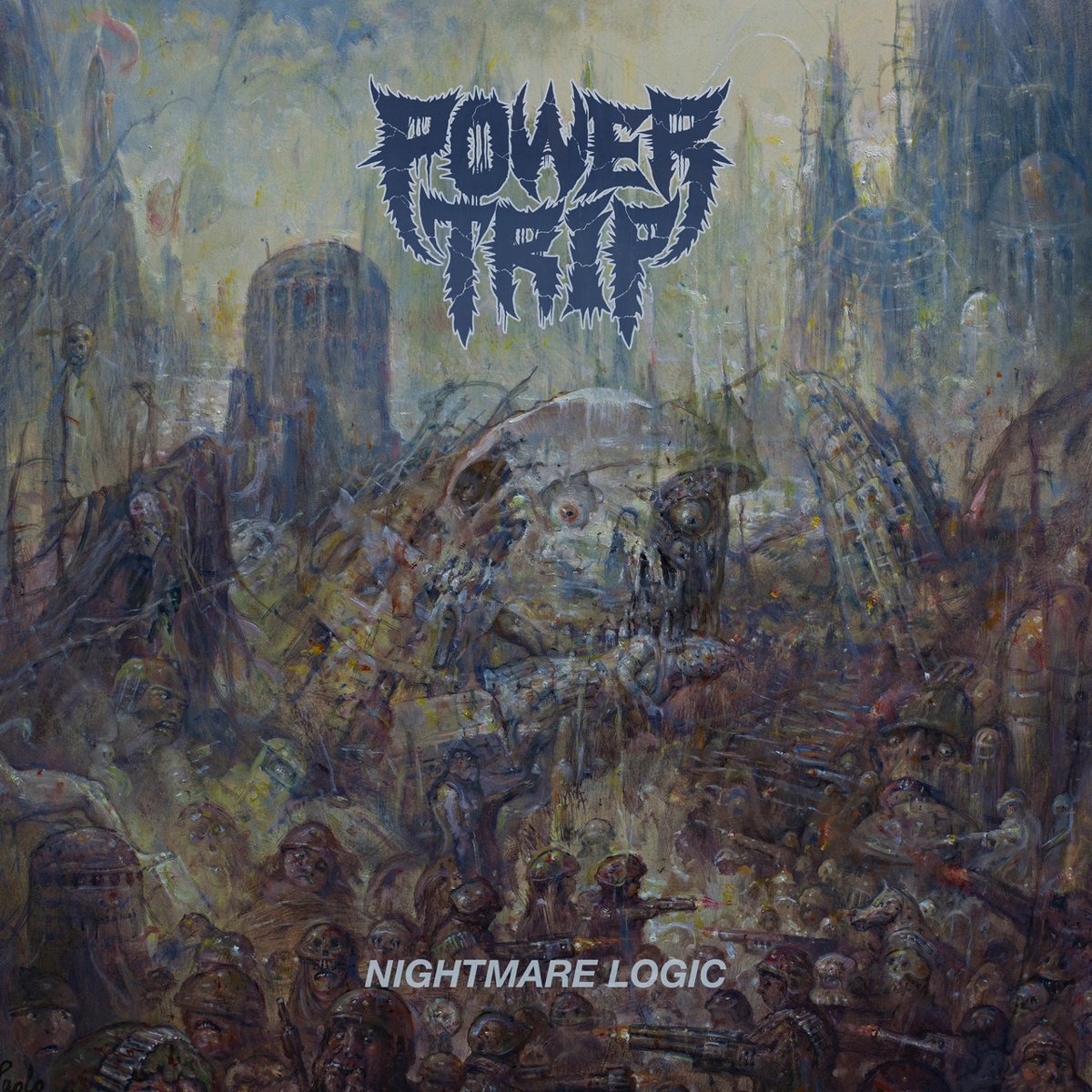 This is the album I have been waiting for.  This is the album that our current state really deserves.  Angst driven thrash with some of the most precision delivered guitar riffs I have heard in a long time.  I seriously had a hard time not driving 80 mph in the car while listening to this one.  If you have any love of metal at all, drop everything and go buy this record.

I’m always critical of the city of Dallas because it is really just a plastic land filled with terrible plastic people.  But I need to give credit where credit is due:  they have produced some nice metal bands over the years.  Power Trip is one of these bands.  I first stumbled upon them during a SXSW fest in Austin a few years ago and was really impressed with their aggressive live show.  Their debut album, Manifest Decimation, was a solid release, but it didn’t entirely match the intensity of their live shows.

This new album, however, is the real deal and a serious statement to the metal world that this is a band to be reckoned with.  Like the first album, the vocals sound like they were recorded in a dungeon.  There is a ton of echo in the mix and it kind of adds to the raw nature of this band.  The guitars are way up front and they are just glorious.  All in all, this band sounds like mixture of Slayer, old Prong and old Metallica.

I seriously cannot recommend this one highly enough.  Go buy it now!