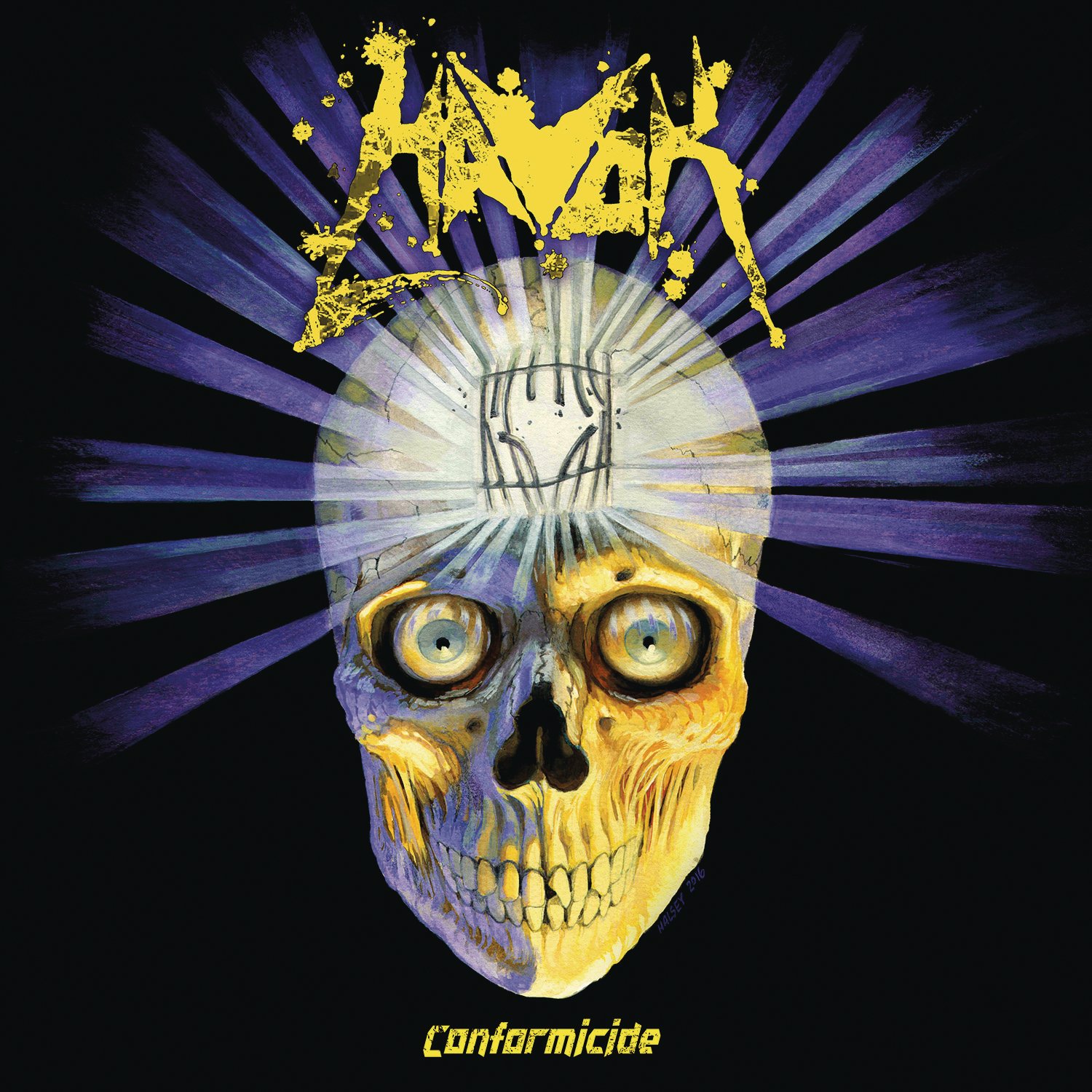 Angry!  We are very, very angry!

This is the basic gist of Havok’s new album.  You will get 10 screeds full of vitriol lambasting politicians, the media, religion, the government, uninformed people and virtually everything else under the sun.  Underlying the collection of rants is a exhortation to think for one’s self.  This is all positive.  All of the issues brought up are valid.  I think if this album came out when I was in my 20s these anthems would have gotten me all riled up into a frothy frenzy…which I believe is Havok’s intent.  Maybe it’s because I’m a jaded middle aged cynic, but the songs just don’t rile me up as much as I would have thought they would.  I’m pissed about the state of things, but some of the lyrical content, especially opener F P C (Fuck Political Correctness), just sort of falls flat for me.  There’s a couple of moments on the album where it kind of feels like I’m just scrolling through my Facebook feed and seeing rants about sheeple.

That being said, this album rips musically.  Havok is another of the up and coming legion of bands that are leading a new wave of thrash metal.  The guitar licks are fierce to match the lyrical content and the rhythm section lays down some downright creative foundations for the raging proceedings.  Singer David Sanchez seems to have learned to channel a weird combo of Mustaine’s cynical sneer, Exodus’ Zetro Souza’s maniacal screech and Death Angel’s Mark Osegueda’s powerful command in his vocal style.  He comes across as the perfect conduit to convey the massive amount of frustration these guys are feeling.