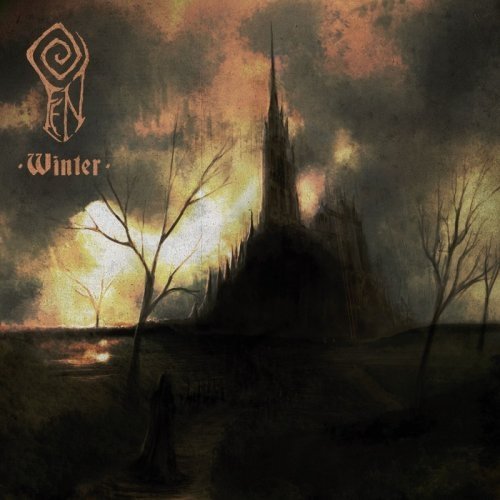 Bleak unending wastelands.  A journey into Winter in six movements.  This is black metal done correctly.

This was my first exposure to the band Fen, a black metal outfit out of England and consider me fairly impressed.  This one will take some investment on your part should you decide to partake.  I believe the shortest song clocks in at around 9 minutes or so.  You should pack a sack lunch because you’re going to be here for some time.

Unlike a lot of their black metal brethren, Fen keeps things interesting by not just creating straight ahead paths with continuous tremolo picking and desolate screams.  Sure, there is plenty of that going on throughout the album, but the various segues into melodic and post-metal sections within the songs are what give this album some diversity and makes it stand above many of the other black metal releases coming out of late.  There are some downright beautiful passages contained within the bleakness of the whole.  I have to say that I really dig what these guys are laying down and hope to more out of them in the future.