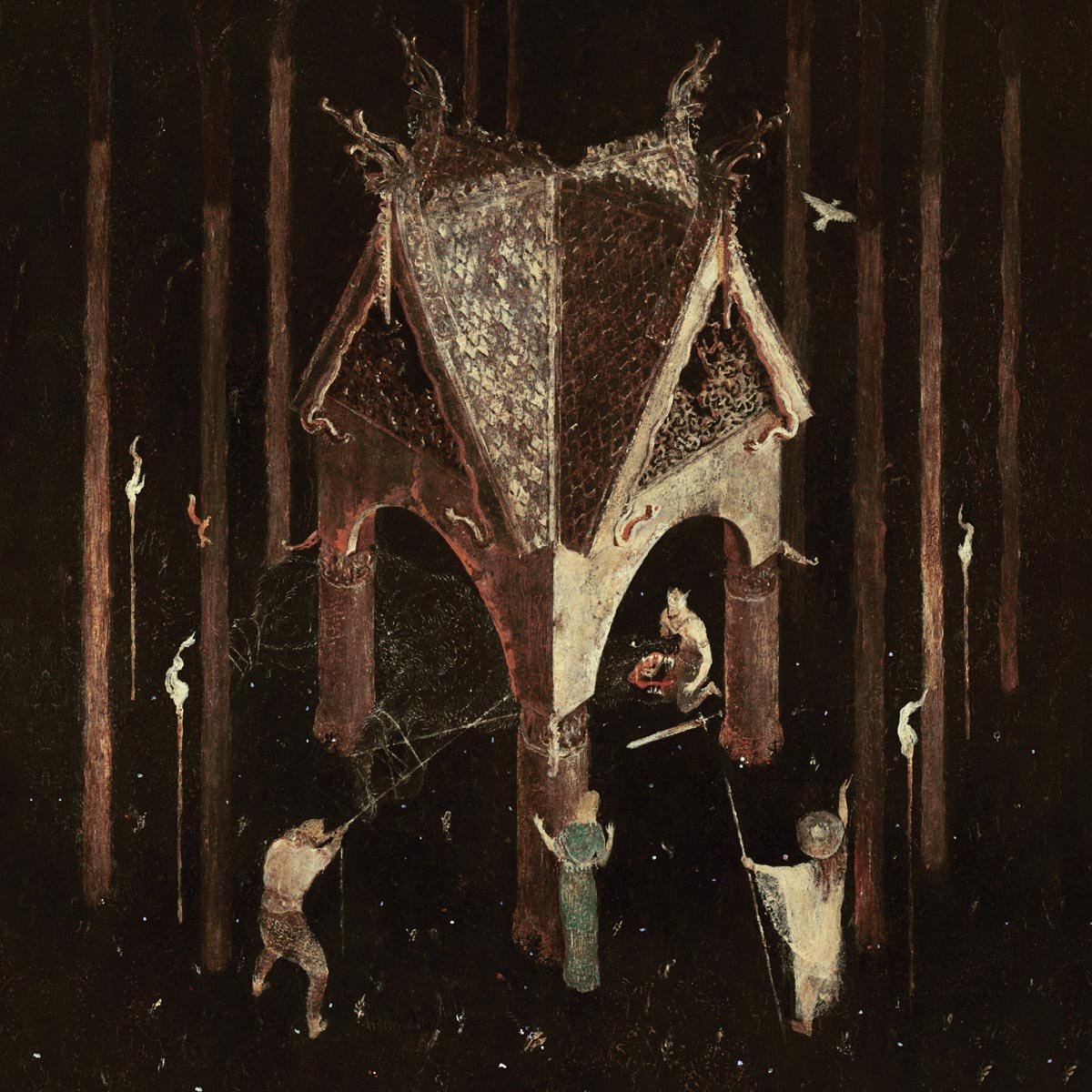 One of the great band names in metal.  It just alludes to something that has gone terribly wrong.  Whether that be that something has decimated the reigning monarchy and the resulting desolation has resulted in actual wolves taking up residence in the former throne room or implying that members of the royal court are conspiring against the king and queen, it just conjures a vivid picture of wrongness.

This new album sees the Wolves pulling things back to an earlier time.  The past few releases has seen them experimenting with drone and ambient atmospheres.  Thrice Woven sees them heading back into more of the black metal that they are known for.  This album is a welcome sight since we lost legendary Pacific Northwest black metalers, Agalloch.  It seems as though fans of this sub-genre are going to have to look to Wolves In the Throne Room as the band to take up the mantle.

The sound on this one is vintage black metal that is more focused on the environment and nature than on the traditional subjects addressed by their Norwegian brethren.  You’ve got five tracks in total and all are extremely lengthy.  If you’re a fan of this genre, this album will feel like home.  It’s comfortable and haunting.  Give a listen.