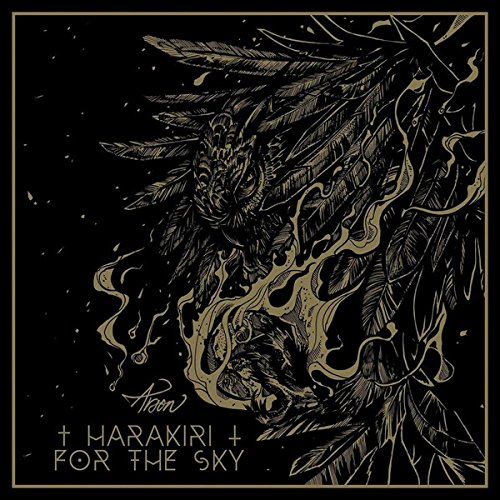 This one is pretty bleak.  I mean, you’re putting Harakiri in the name of your band, so it’s not going to be puppies and rainbows.  You’ve got a pretty traditional black metal album in Arson from what is ultimately a two person endeavor from Austria.  This album was my first exposure to these guys and I’m pretty impressed with their effort.  I’m curious to go back and visit some of their earlier albums.

Even though they hail from Europe, I get a very similar vibe from Harakiri to the American black metal bands from Pacific Northwest like Agalloch and Wolves In the Throne Room.  Maybe there is something similar in the environments of the mountains of Austria and those misty rain forests of Northwestern U.S. that helps produce this flavor of music.  The music is fairly straight ahead black metal with multiple layers of guitars over the screeching wails of the vocalist.  Song titles such as Heroin Waltz and You Are the Scars should give you a feel for where this album lies emotionally.

It looks like the two main members have assembled a full touring band.  So, we can hope they are able to bring their live show over to the States.