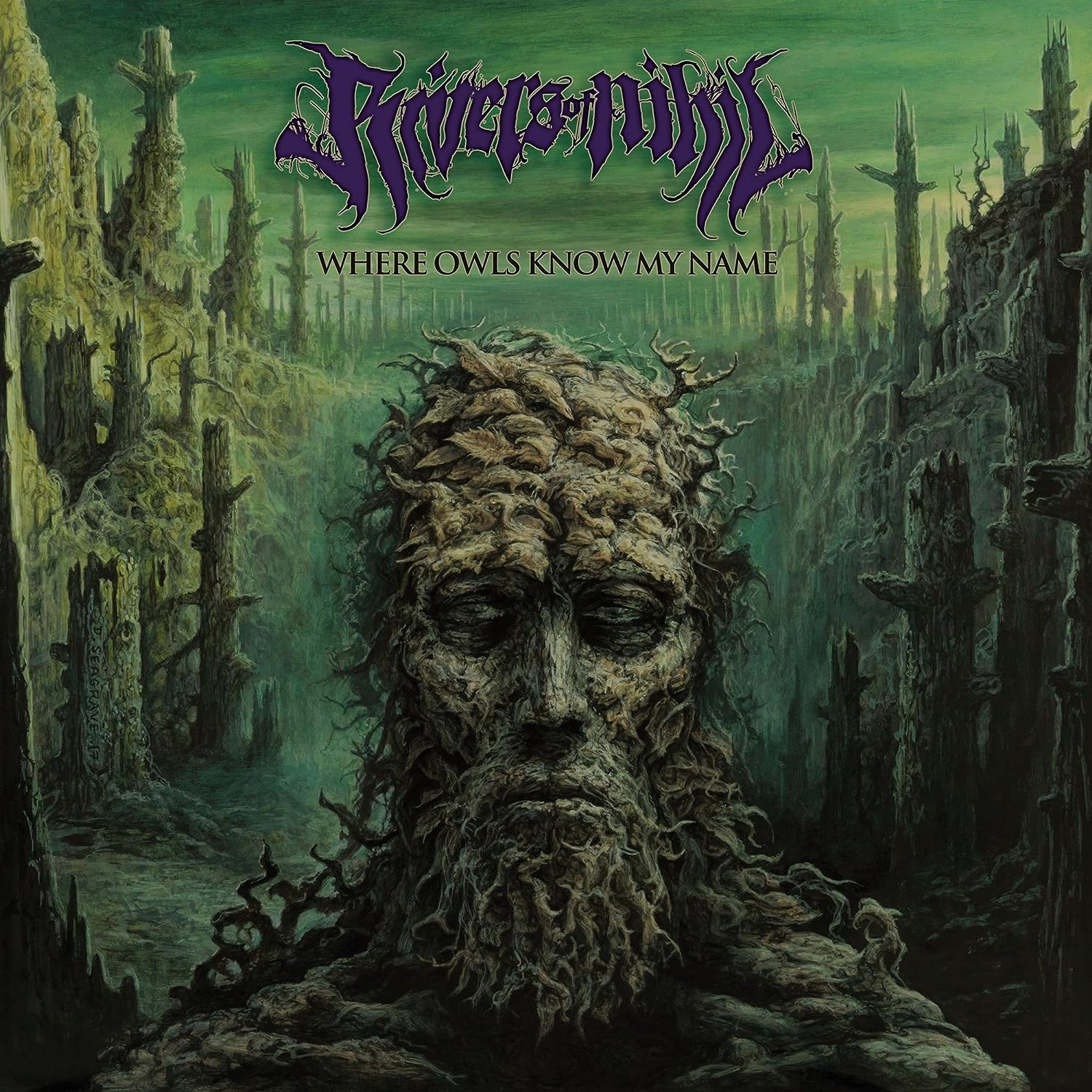 You’ve got to give it up when a band decides to go in a direction that has the possibility of seriously ending in disaster.  Rivers of Nihil is an up-and-coming technical death metal band from Pennsylvania who is coming out with their third full length album.  This is a band that has garnered some fairly solid underground buzz through their impressive musicianship and their relentless touring.  Their previous two albums were both very solid albums.  Very technical.  Very fast paced.  However, the technical death scene has a multitude of bands that all feature very proficient musicians that all pretty much produce very similar sounding albums.  It’s sometimes hard to distinguish a lot of the rabble in this sub-genre because everything seem to fit into very tight formulas and traditions.  I’ve said it before:  in many, many instances, metal is a fairly conservative art form.  Deviance from the norm can end up in a band being shunned and ridiculed.

So, here we have Rivers of Nihil with two forward thinking, but still very traditional technical death metal albums under their belt.  I would have loved to witness the discussions and the creative process going into this third album because Where Owls Know My Name is a serious statement of “Fuck it!  Let’s push the boundaries on this thing and see what happens.”  And, god dammit, if they didn’t just knock it out of the park.  They have managed to stay true to the core sound of Rivers of Nihil while adding some very progressive elements to the songs that really pushes their music into something completely different than what is generally heard in this genre of metal.  You’ve still got the artillery blasting of death metal, but overall, the tempo has been pulled back.  You’ve got numerous quieter melodic passages throughout and even a few clean vocal sections.  They even enlist Andy Thomas from Black Crown Initiate to provide some of the clean vocals.  Of course, the big change everyone will be talking about is the addition of a great deal of saxophone to the sound, courtesy of Bruce Lamont.  There are sections on the album that I swear could pass for an adult contemporary kind of sound.  I don’t mean that as an insult at all.  The progressive, jazz and death metal portions of the sound are so ingeniously woven together that it all just melds into something new that really works.

This is one that is still working itself around in my brain and I think it is going to take some time for me to fully grasp it’s implications.  This was a hell of a gambit and I really think it is going to do well for Rivers of Nihil going forward.  I mean, you’ve pushed it this far.  The boundaries have been shattered for these guys for wherever they decide to take their sound in the future.