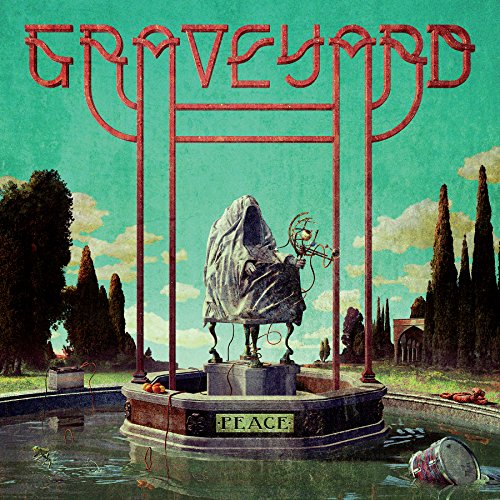 Whew.  It’s good to see this album released.  Graveyard is one of the more accomplished bands to come out of the wave of retro blues/psyche metal bands.  It was with great sadness back in 2016 to hear that they were calling it quits.  If it had stayed permanent, that would have resulted in a fairly large void in the soulful area of the metal world.

Luckily for all of us, the Graveyard dudes pulled their shit together, recruited a new drummer into the fold and came out with this dandy new album.  And dandy it is!  It’s a solid slab of ten brand spanking new Graveyard tunes that sound, well, like Graveyard.  You’ve got the retro sounding guitars.  You’ve got Joakim Nilsson’s plaintive wail of emotions.  Seriously, since the passing of Chris Cornell, Mr. Nilsson has to have taken over the throne of most gut-wrenching vocal style out there today.  He just hits those high notes with such power.  Overall, this album is a bit of a bounce-back for the band.  I wasn’t overly happy with the last album, Innocence & Decadence.  The new album isn’t as strong as their earlier material, but it is a solid addition to the discography and a step in the right direction going forward.  Hell, it is just good to have them back as an active entity.