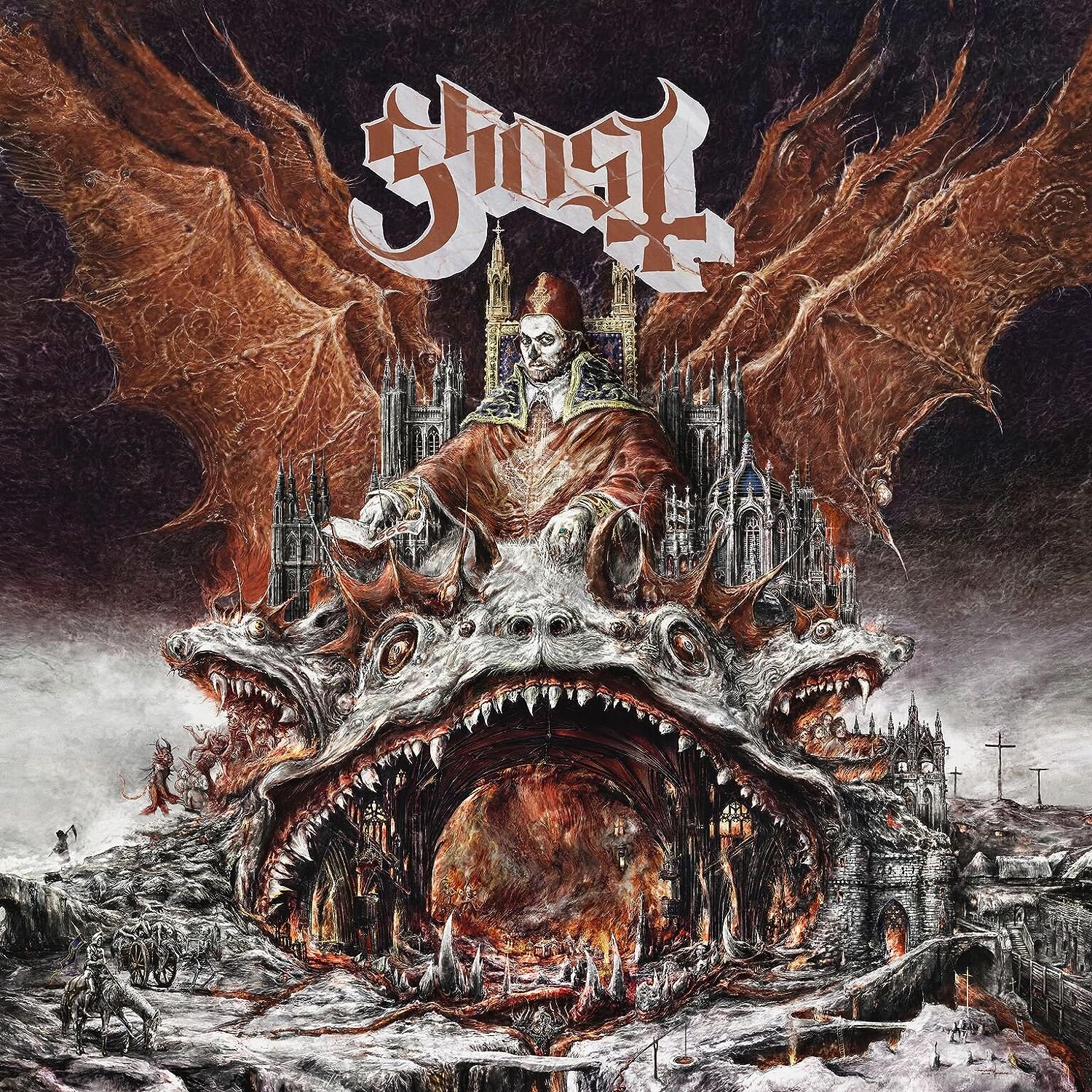 Well, damn.  These guys have always been a tad controversial in metal community.  Are they metal?  Are they pop?  I’ve been on the side that considers them firmly in the metal camp.  Sure, their songs have pop sensibilities and hooks, but the songwriting was always strong and their albums were full of tasty guitar chops.  That was always the key facet for me.  Take away the characters, costumes and imagery, are the songs good?  Up through the first three albums, I considered the answer to be a solid yes.

Unfortunately, shit started to hit the fan a few years ago.  Tails of turmoil and turnover amongst the members who make up the Nameless Ghouls started to leak.  Lawsuits were filed and the band seemed to become more of a solo project of Tobias Forge (aka Papa Emeritus I, II and III and the newly unveiled, Cardinal Copia).  I found myself hoping that all of the extraneous matters wouldn’t start to take focus away from the songwriting.  I was concerned that all of the focus on creating new personas for the frontman and internal feuds over who was due credit for the entity of Ghost would start to deteriorate the band.

Now, we have our answer with the release of their fourth full length, Prequelle.  I’m sad to report that my fears for the band have come to fruition.  Overall, the sound on the album is most definitely Ghost.  You’ll recognize it immediately.  So, it’s not like they have completely strayed from who they are.  It’s just that the songs are just not that good.  On previous albums, you could count on at least 5-6 downright classic songs.  Songs that would get their hooks in you and not let go.  On the new album, opener Rats is about as close as you’re going to get and I would honestly view that song as one of the throw-away tracks on one of their previous albums.  The album is also very breezy.  You’ve got a total of ten named songs, but one is a short opening intro into Rats and there are two very uninspired instrumentals.  I know this thing is selling well right out the gate, but I have to wonder how well this album is going to do for Ghost in the long run.  This was an important album for them and my initial impression is that it isn’t an album that will have much staying power.  They are about to embark on their first massive headlining run across the U.S.  I just wonder how these songs are going to come across live.

I hate to see a promising young band hit a snag like this.  I’m hopeful that they can pull it together in the future.  It just would have been nice if they could have provided us with a satisfying filet minion instead of this puff pastry of an album.