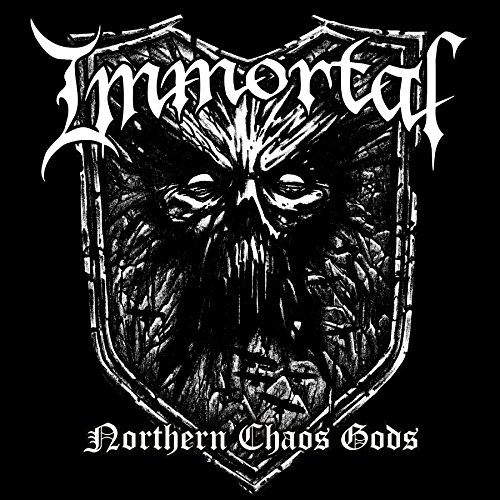 I’ve got to be honest.  I really didn’t expect this album to ever see the light of day.  Now, that it has finally arrived, I am here to report that I am pleasantly surprised not only by its arrival, but also its content.

So, Immortal is another of these bands who has endured an implosion a few years ago.  Tensions between principle members Abbath and Demonaz finally came to a head back in 2015 and resulted in Abbath calling it quits to embark on a solo career.   Demonaz and drummer Horgh announced their intention to continue on under the Immortal moniker.  Abbath beat Immortal out of the gates and released the well-received and Immortal-ish sounding self-titled Abbath album.  Immortal just seemed to disappear and there wasn’t much news out of their camp as to any progress being made on new material.

Well, lo and behold, here we are in 2018 and we have a brand spanking new Immortal album.  Demonaz has recuperated enough from his health issues and has been able to reclaim his spot as Immortal’s guitarist.  He has also taken over the vocal duties from Abbath.  So how does it sound?  It sounds like Immortal.  It’s frosty black metal.  Demonaz’s vocals are delivered in the same style and cadence as Abbath and, honestly, the band doesn’t really miss a beat without having Abbath as frontman.  It’s the same sort of bleak northern wilderness black metal that Immortal has always delivered.  Song titles such as Grim and Dark, Where Mountains Rise and Called to Ice will give you a good sense of where this thing resides.

While I’m sad that the original core of Immortal is no more, we do have two offshoots from the ashes and both camps are producing quality metal.  It’s not optimal, but we’re still getting some good music from the people involved.