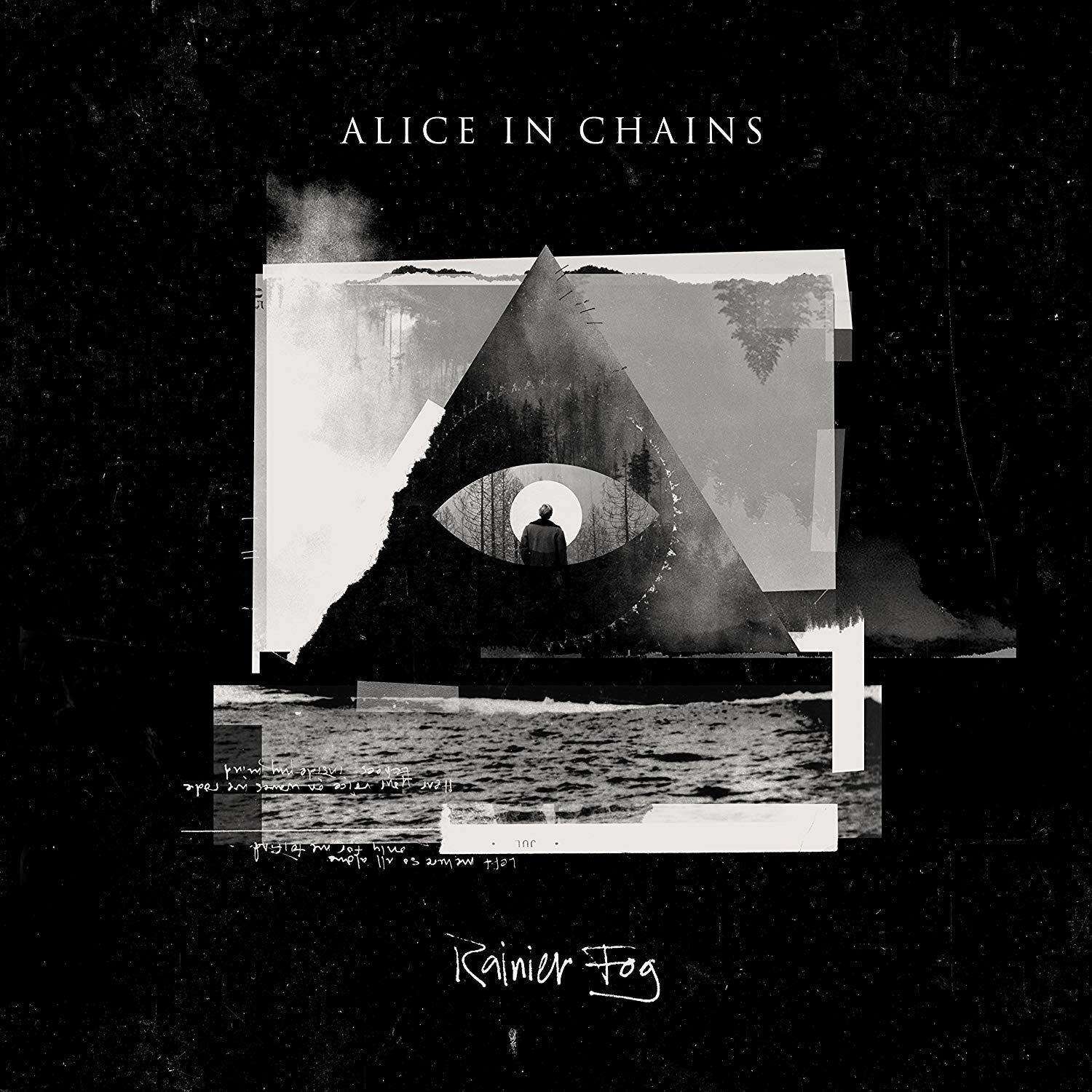 In some respects, this is the matching album for Model I and II of Alice in Chains.  Model I, the Staley years, saw three full length albums and two very successful EPs.  With the release of Rainier Fog, we have arrived at the third full length release for Model II Alice in Chains, the DuVall years.

I don’t know where you fall on the dividing line of old or new Alice.  I was a fan of the Staley Alice years, but I can’t say that I was a rabid fan.  Their material from this time was fairly groundbreaking with them being one of the forefront bands of the Seattle grunge scene.  Their music from this era was challenging and abrasive.  It was a lot less accessible that Nirvana and Pearl Jam.  I remember when Dirt came out and I really didn’t care for it that much.  It was just so dark and dense.  It’s one of those albums that I go back to from time to time and realize what a masterpiece it really is.  Definitely a very forward thinking band.  It’s interesting to ponder where Alice in Chains would be today in Staley had lived.  Would they be the band they are today with DuVall fronting them or would they have morphed into something completely different?

I think the fact that I wasn’t a monstrously huge Alice fan during their initial run made it easier for me to accept William DuVall stepping into the shoes of Staley.  It also helps that DuVall didn’t try to cop Staley’s vocal style.  He’s got some similarities, but he has really made the position his own and it has helped Model II Alice mold itself into a separate entity from Staley’s version of Alice.  Model II doesn’t sound as dangerous as Model I did.  It’s still dark, but it is coming at the darkness from the other side of the tunnel.  It’s got a more mature outlook of someone who has been through the shit and managed to pull themselves out of it.  I honestly thought that the first two albums put out with DuVall were damn fine records.  They were fresh sounding and captured a band finding a new identity seven years after Staley’s death.

The new album finds the band still mining the sound that they have been going for during the DuVall years.  Alice these days honestly feels more in line with Jerry Cantrell’s solo material than with the older Alice albums.  The new album is one of those that starts out really strong, but doesn’t have the energy to make it all the way through.  Side A is definitely stronger than Side B.  But, the strong parts are still really good.  Cantrell can still write a dirty riff as well as anyone.  The harmonizing between DuVall and Cantrell just works so well.

Overall, this is probably the weakest of the DuVall era albums.  But that’s not a real big criticism.  It’s still a strong album and is worthy of your time.  I’m just happy that they have managed to find new life for this band.  It keeps the Staley era legacy going and creates a new one going forward with DuVall.