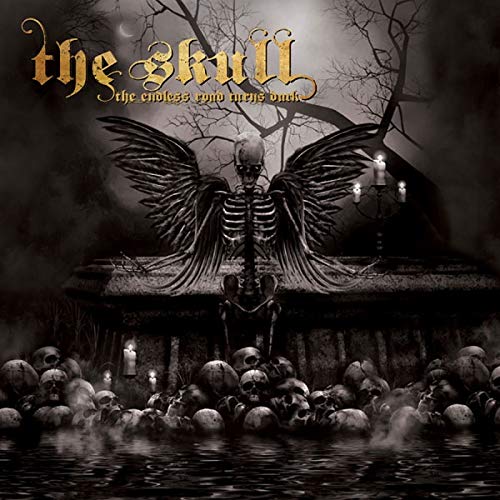 When bands split into two separate camps and each in turn attempts to secure the “true” legacy of the original band, it’s always interesting to see how successful each camp is in its attempt.  It’s always painful to see bands’ original lineups fall apart, but sometimes it results in two separate bands that are equally cool in different ways.  Sometimes, you end up being surprised by which camp ends up putting out the more impressive post-breakup material.  This is the case with The Skull.

The Skull is one of the remainder bands that resulted from 80s-era Chicago doom band Trouble.  Back in the day, Trouble was one of the key underground bands of the doom scene.  More than anything, they were known for the double guitar attack of Bruce Franklin and Rick Wartell and the fact that vocalist Erik Wagner based most of their lyrical content on his Christian beliefs.

The Skull is basically Trouble minus Franklin and Wartell on guitar.  This latest album does the original Trouble sound justice.  This album is full of crunchy down-tuned guitars with Wagner leaving behind the high pitch screams of his youth behind and finding a nice lower register that fits nicely over-top the songs.  He reminds me a bit of how Robert Plant is approaching his vocal style as he gets older.  It just works well and I honestly like his vocals more on this record than I did on many of the earlier classic Trouble albums.

This album kind of impressed me because I always kind of viewed Franklin and Wartell as being the creative drivers of Trouble.  However, looking at the recent output of both of these bands, I kind of wonder about how much of Trouble’s creative direction was a result of Wagner instead.

Also, a fun fact from this one.  You know you have a serious underground album on your hands when the liner notes include a “thank you” to a truck stop for the extra days off to complete the recording of the album.  That’s fucking dedication to your craft.