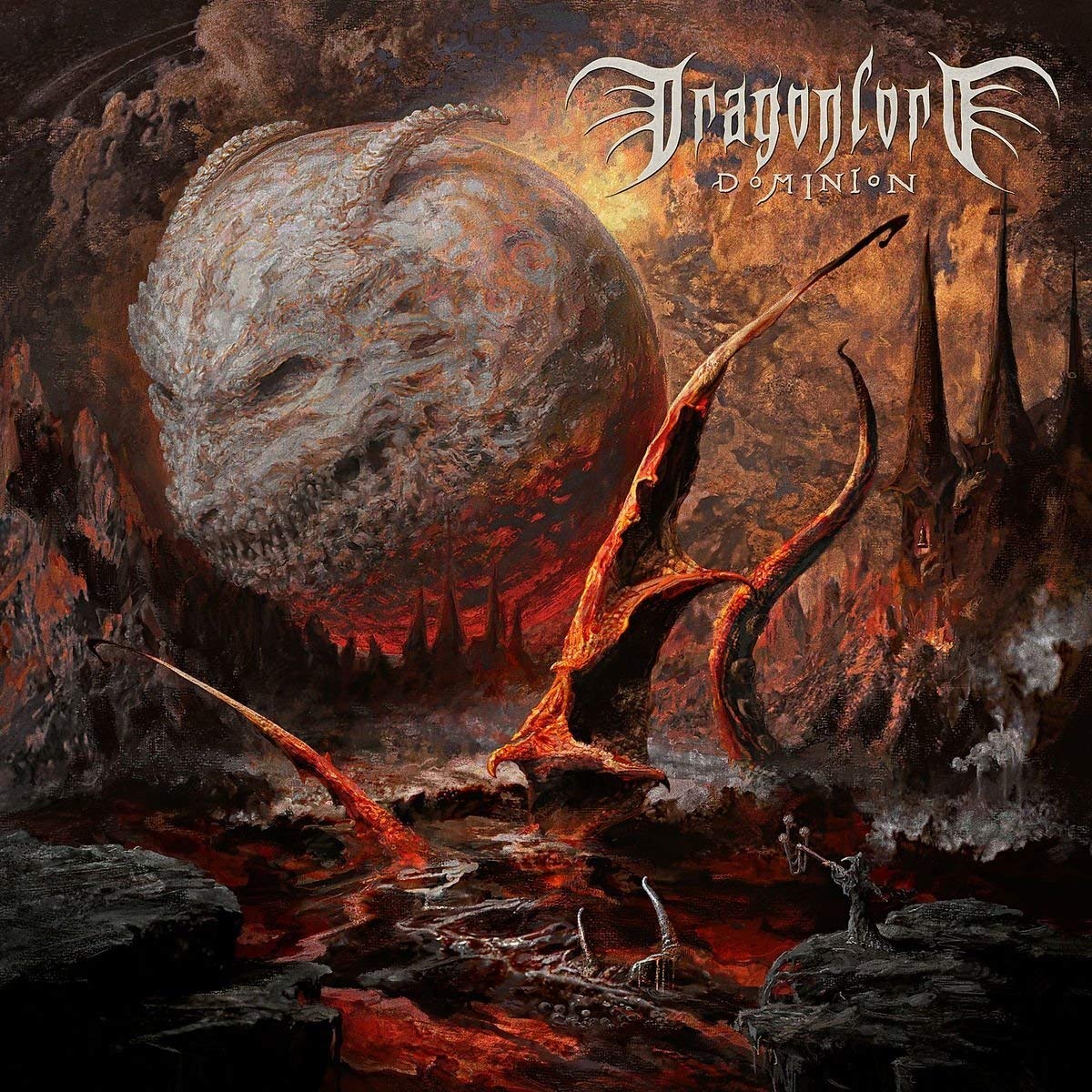 So many side projects…so little time.

Dragonlord is the long shelved black metal side project of Testament guitarist Eric Peterson and Dominion is the long gestating album that has been 13 years in the making.  This one is a labor of love by Peterson and it is a project that sees the light of day only by his pure force of will.  Peterson provides both the guitar work and the vocals.

Even though this album is primarily a symphonic black metal endeavor in sound, you’ll find yourself noticing touches of Testament-style riffs sprinkled throughout.  Minus the symphonic flourishes, the female and choir backing vocals and Peterson’s Shagrath-inspired vocals, there’s a lot on this album that feels more like a thrash album than a traditional black metal album.  Less blast beats and more groove, if you will.

Overall, this one is a fairly standard entry for a black metal release.  There are some positive notes throughout, but nothing really stands out to make this one stand out as anything other than just an average album.  I hate to say it, but I feel like this one is destined to slip into the subconscious after a month or so.  However, bonus points for Peterson going full Abbath with the corpse paint and spiked leather in the following clip.