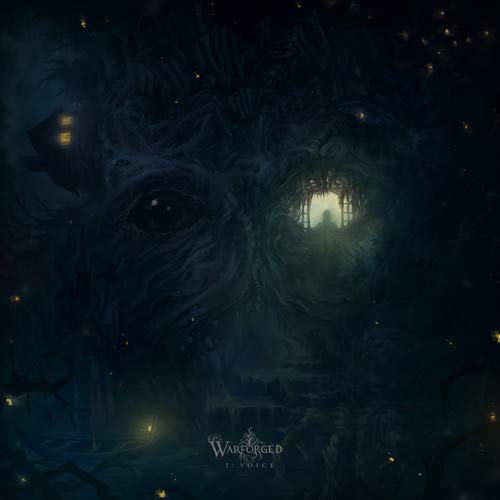 Have I mentioned how enamored I am with the metal scene in Chicago?  Well, if not, let me clarify for the record:  I am really enamored with the metal scene in Chicago.  I don’t think there is a city in America right now that is producing such a plethora of quality bands across such a broad spectrum of styles.  Pelican, Russian Circles, The Atlas Moth, Without Waves, and Huntsmen are just a few of the classy bands just killing it of late.  Add to this list Warforged.

I really don’t entirely know what to make of this album or band, but I can say that I really, really like it.  At its core is a death metal band, but not you’re ordinary run-of-the-mill death metal band.  There is a progressive touch to this thing that keeps the listener on their toes throughout.  One minute, you’re blasting along in full death metal grinding glory and then, BLAM!  You’re in a piano interlude.  Or BLAM!  You’re on to an acoustic passage.  Songs zig and zag all over the place to where you’re left with this blending of death, progressive, technical and black metal that somehow coalesces into this ingenious thing that is Warforged.  These are the albums I dig.  Albums I can’t figure out on a first listen.  Albums that throw curveballs and have multiple layers of things going on.  Sure, an AC/DC album is a treasure, but it ain’t a challenge.  Warforged is a unique and weird and wonderful challenge.