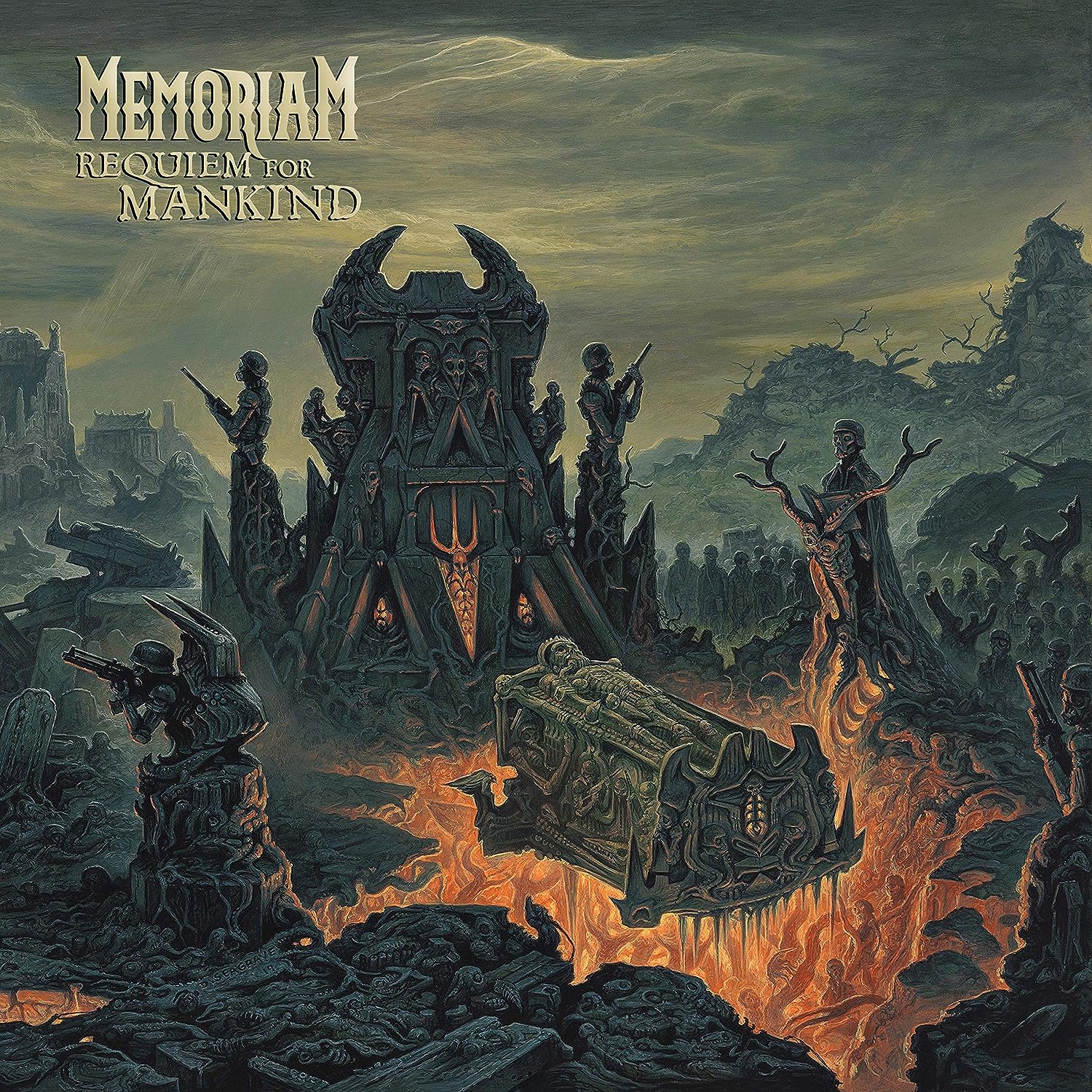 Man, if ever an album was a complete and total palate cleanser, this would be it.  Just back to basics, mid-tempo classic European death metal done in such a fine fashion that all I could do during my first listen was just sit back and nod in recognition.  Well done, boys.  Well done.  It’s nice to hear a death metal album that isn’t so focused on speed and is happy to tread that middle ground of grind without becoming abrasive.

So, it took me a bit, but I finally jumped on the Memoriam bandwagon.  I’m not entirely sure why I didn’t do so from the get go, but seeing as how prolific these dudes have been from their formation (formed in 2017 and have put out an album every year of existence), I decided it was high time to finally give them a legitimate shot.  Basically known as the post-Bolt Thrower band of Karl Willets, Memoriam really follows in the same footsteps that Bolt Thrower laid down.  Lots of songs about warfare delivered in Willets’ crusty and weather-beaten English growl.  The guitars just lay down an absolute warm blanket of percussive riffs that seem to hit that perfect semblance of everything heavy metal is and should be.  This is simply a heavy metal album.  Raise your fist and be counted and go buy this fucker today.