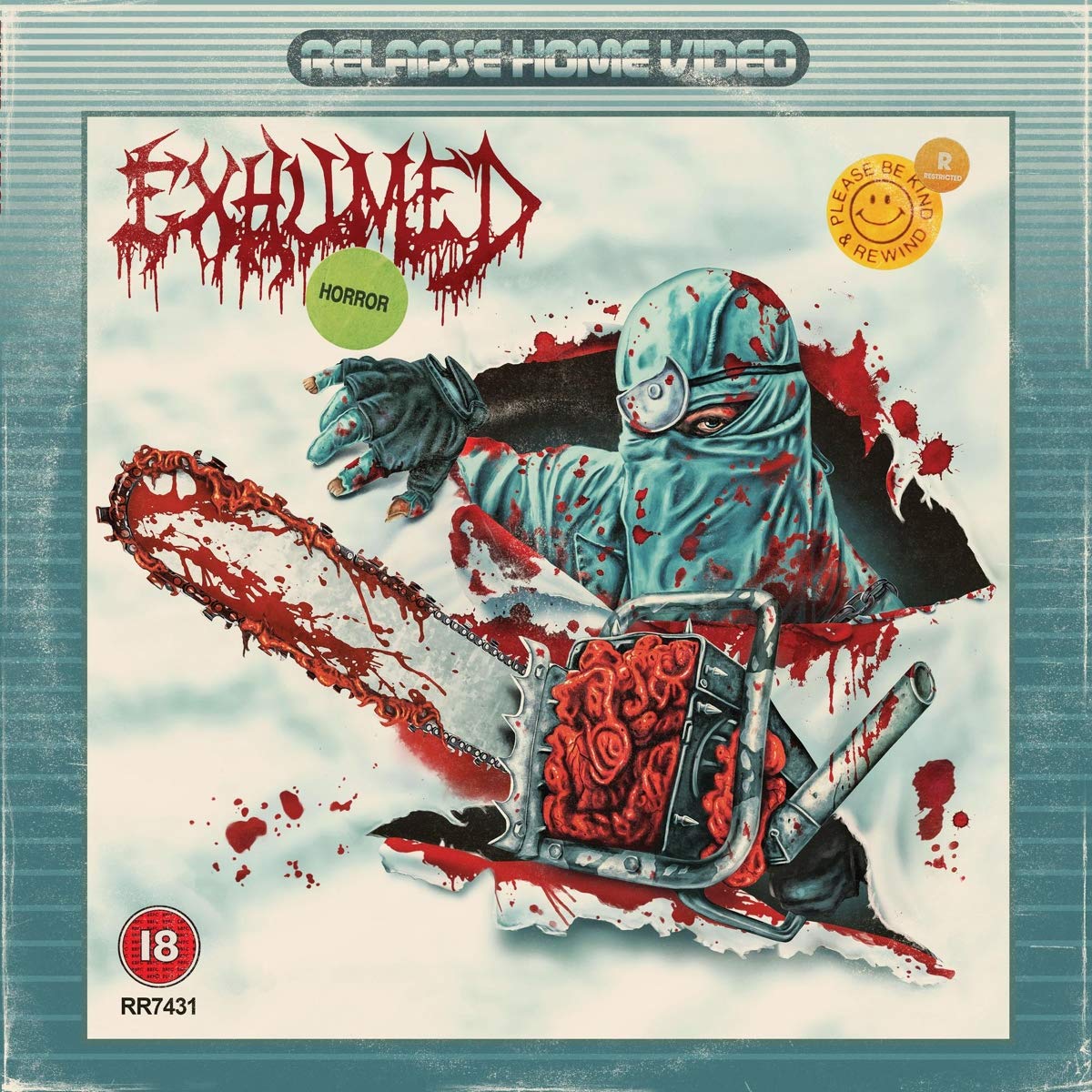 Early Halloween present for you, this one.  This is a completely relentless gore splatterfest that doesn’t let up from the first note until the last.  Luckily for you, this one clocks in at just under 30 minutes and a total of 15 songs.  You can pretty much do the math on how long each song is.

In a way, it feels like this album is a direct response to Exhumed’s last album, Death Revenge.  The guys actually crafted a full on concept record based on true events surrounding some grave robbers and strange experiments.  It was still brutal, but it felt pretty ambitious for a gore-obsessed death metal band.  This latest album is just not fucking around at all with the niceties.  The album art is a beautiful homage to old underground slasher films on VHS tapes complete with the “Please Be Kind & Rewind” sticker on the album cover.  Much like your typical slasher film, each cut is short and to the point:  Blood, Guts, Mayhem and Carnage.  Song titles include, “Ravenous Cadavars”, Utter Mutilation of Your Corpse”, Naked, Screaming & Covered in Blood” and “Rabid”.  It honestly plays out like a Municipal Waste album, but trading out a celebration of keggers for one of mass murder.

Hey, if goregrind is your jam, this is going to be right up your alley.  If not, it’s probably not going to do much for you.  At any rate, this is the perfect soundtrack for your upcoming Halloween party.