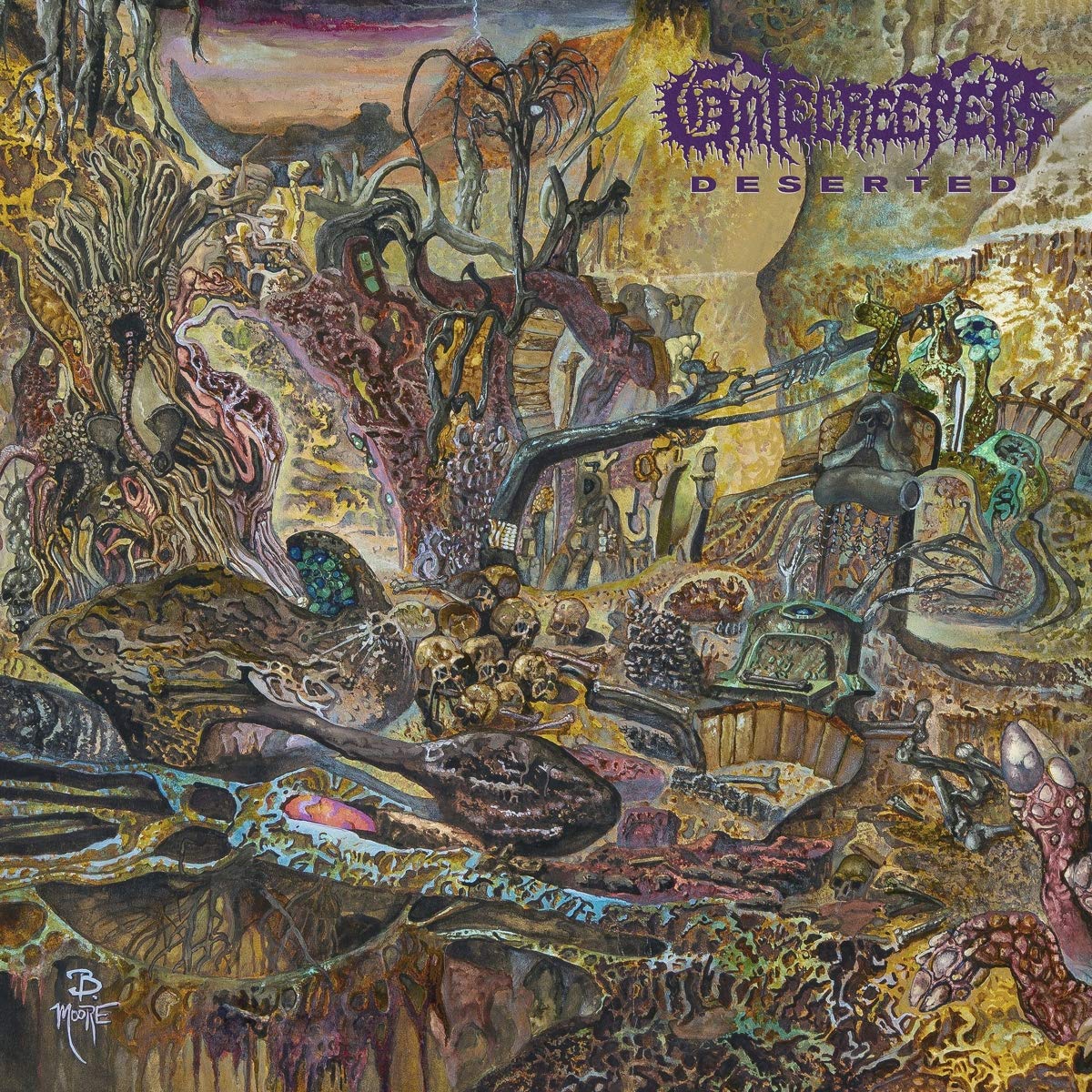 I’m not entirely sure if this album cover art was done by the same guy who does the Tomb Mold albums, but it looks awfully similar in style.  I guess I could Google it to find out, but I’m just feeling lazy today.  Fuck it, I’m just going to assume it’s the same dude.

So, these guys describe themselves as Arizona Caveman Music.  And I don’t think I could come up with a better description for these guys.  It’s a giant hairy and manly mess of an album.  I’ve been a big fan of guitarist Nate Garrett’s other band, Spirit Adrift, for a while now and it’s cool to see both bands putting out new material here in 2019.

There’s nothing pretty to behold on this album.  It’s chunky.  It’s grinding.  It’s a mid-tempo slasher of just really quality death metal.  Nothing on here is going to surprise too much, but for those of you who are into this kind of sound, the album will embrace you like a warm blanket.

I’m just going to throw this out there into the web as a tour idea:  Power Trip, Gatecreeper and Tomb Mold.  I think all these bands would pair nicely.  Just a thought.  If you know anyone with some pull, see what you can do to make that happen.