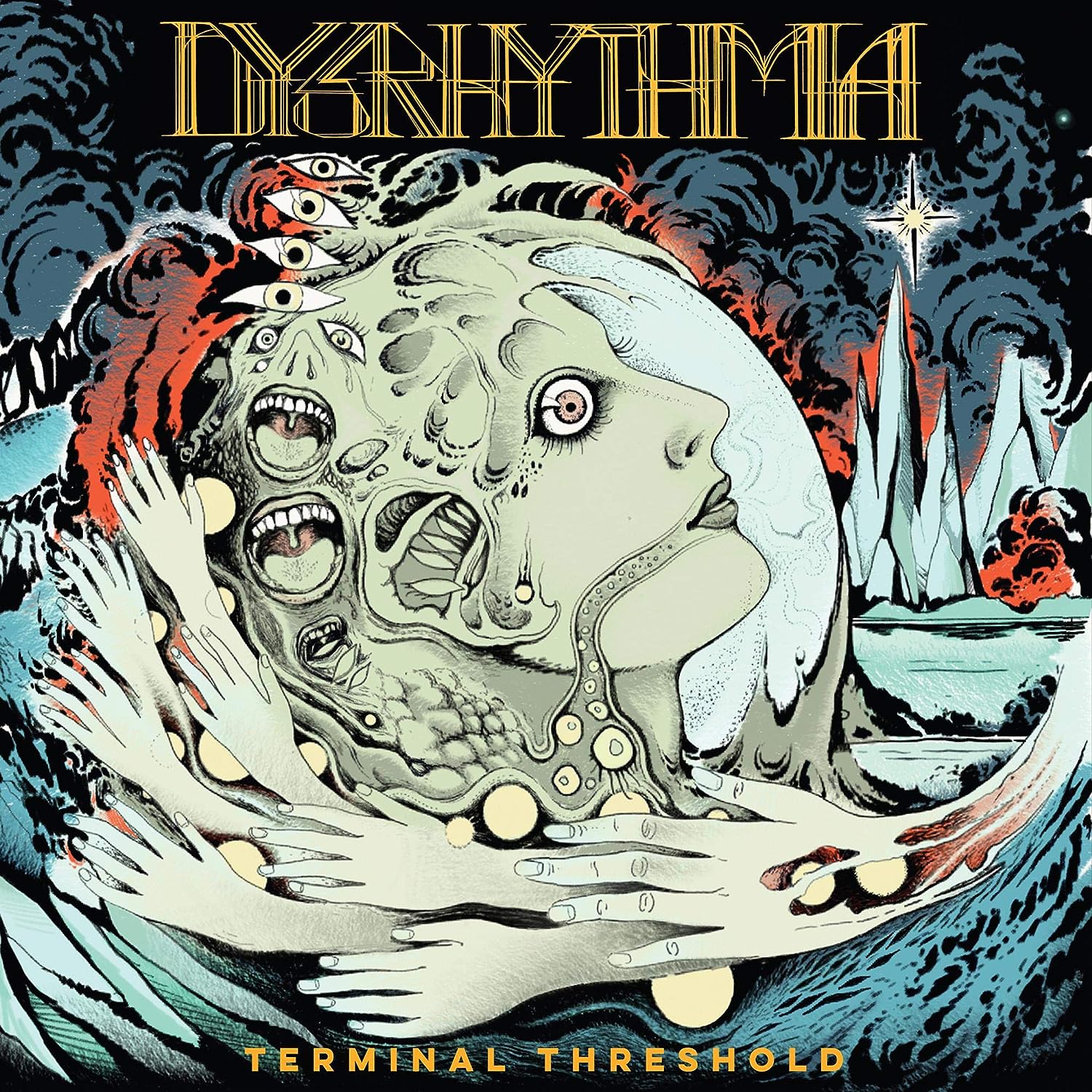 Dysrhthmia is a three piece instrumental metal band that plies a very free-form sort of progressive post-metal sound.  They are composed of Kevin Hufnagel on guitar, Colin Marston on bass and Jeff Eber on drums.  Hufnagel and Marston are also involved in a variety of other bands and project and are probably most well-known as being a part of the reformed Gorguts.

The album at hand starts out pretty straightforward on the first couple of tracks.  These tracks kind of remind me of a lot of instrumental type metal in that they are pretty emblematic of technical prowess more than anything.  However, around track three, this album really starts to get interesting.  The rhythms start to get a little more convoluted and the guitar/bass interplay really goes in some non-traditional and creative ways.  It feels very much like controlled chaos where it is uncertain as to whether the proceedings are going to careen out of control at some point.

Instrumental albums are always kind of hit and miss.  It all depends of the players’ ability to translate emotion and ideas via the music alone without the reliance on vocals.  The thing that I always look like is whether or not the music tells a story or whether it is just a platform to show off technical chops.  This album has a bit of both because all three players really go off the charts as far as technical chops, but they manage to find the sweet spot in creating enough engaging creative landscapes to draw the listener in on a majority of the tracks.  All in all, this is a fairly fun ride.