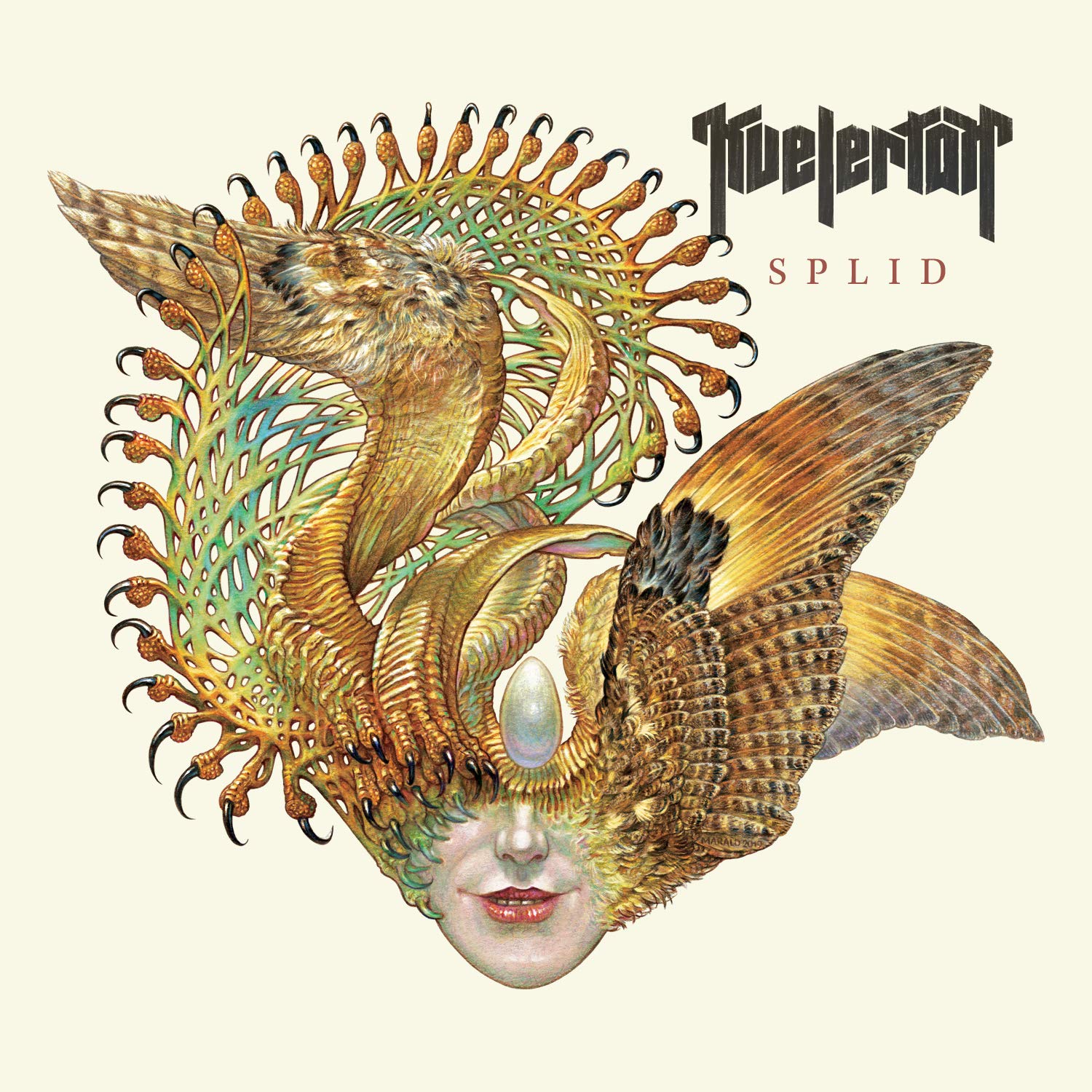 It’s been quite a while since we last heard anything new from Norwegian blackened rock ‘n rollers Kvelertak.  These guys really seemed to be on an upward trajectory with some choice opening spots for Mastodon and Metallica.  It was a remarkable feat for a band whose lyrics are presented in a blistering Norwegian screech.  Even though you might have no idea what the songs were about, it was impossible not to get swept up in the energetic enthusiasm of the music presented.

Since the last album, Kvelertak has seen the departure of original vocalist Erlend Hjelvik.  Splid is the first album to feature new vocalist Ivar Nikolaisen.  Nikolaisen’s presentation recalls Hjelvik’s style in many respects, but he brings a bit more of a mellower feel on certain songs.  It feels as though Splid is a call back musically to Kvelertak’s first couple of albums in that is a splash-bang combo of punk and Norwegian black metal.  It’s full steam ahead with the expected wall of guitars and resplendent dual leads all over the place.  I can’t help but feel that the album is a bit of a reaction to some of the less than positive reaction to their last album Nattesferd, which wasn’t as nearly universal in its acclaim as their first couple of albums.  Nattseferd seemed to be a bit more of a progressive attempt by the band and I feel like I was one of the few critics that really enjoyed the band’s effort on this album.  I won’t lie and not say that I wasn’t a little bit disappointed that the band didn’t push a little further in the Nattesferd direction on this latest album, but overall, this is still a solid outing that is worthy of your time.  They even work in some English lyrics on this one with guest vocalist spots for Troy Sanders of Mastodon and Nate Newton of Converge.