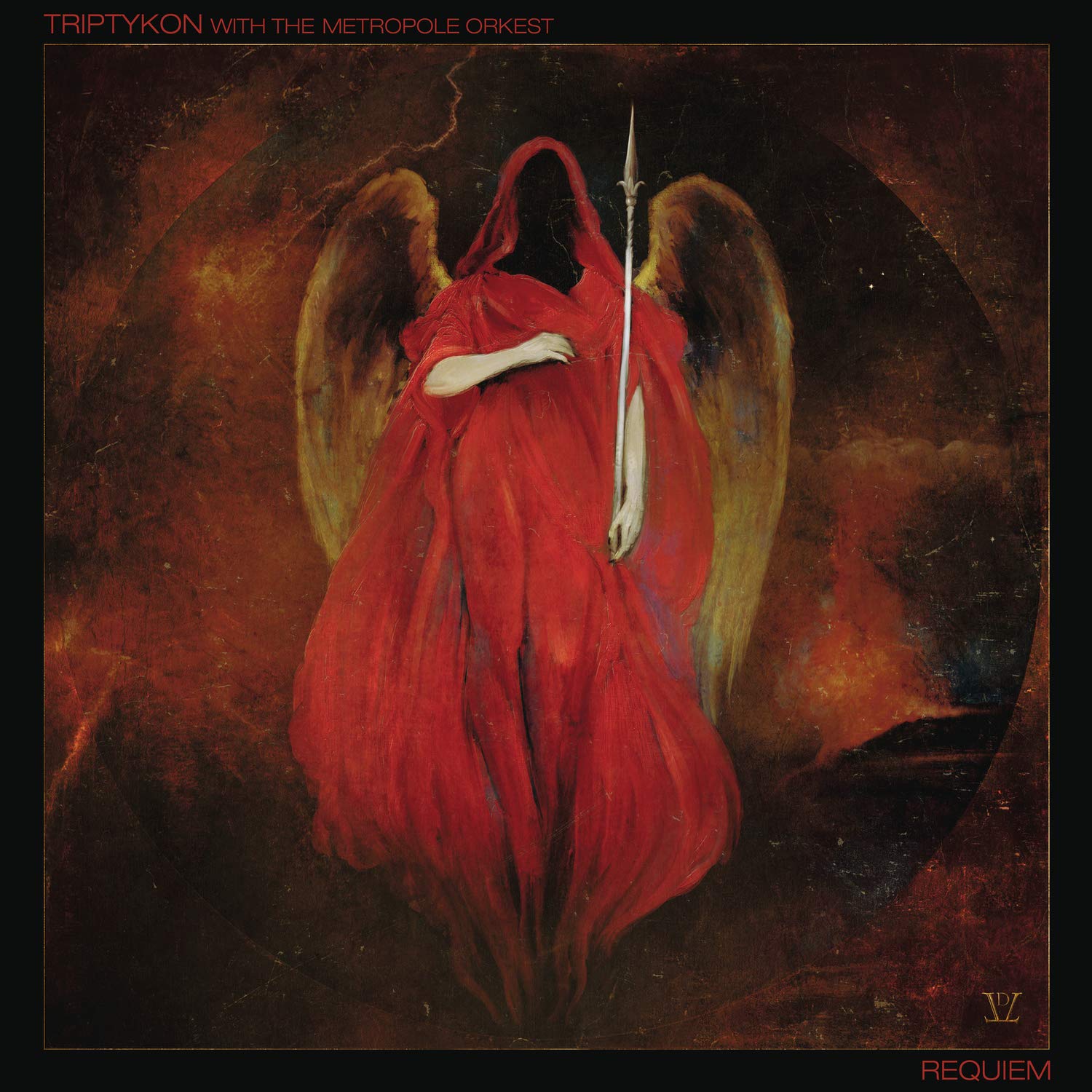 We’ve got a fairly unique project with this release from Triptykon.  Ultimately what you have here is a live album performed by Triptykon at the 2019 Roadburn Festival that is the culmination of a three part epic song entitled Requiem.  The genesis of this song dates back to 1987 from Tom G. Warrior’s former band Celtic Frost.  The first part of Requiem, entitled Rex Irae, was released on Celtic Frost’s album Into the Pandemonium.  The third and final part of the song, Winter, was released on Celtic Frost’s final album, Monotheist, in 2006.  The new middle section of the song, Grave Eternal, has never had a proper release until now.  In honor of former Celtic Frost bassist Martin Eric Ain, who passed away from a heart attack in 2017 and artist H.R. Giger, who provided the artwork for many Celtic Frost and Triptykon album covers and who passed away in 2014, Triptykon came up with an orchestral version of the entirety of the Requiem trilogy.  The orchestral parts were performed by the Metropole Orkest of the Netherlands.

It feels like this is a release mainly for diehard Celtic Frost/Triptykon fans.  The song obviously feels more like an orchestral piece than your typical Triptykon fare.  It’s not nearly as harsh and has a very 70s prog feel overall.  It’s an ambitious musical statement that finally sees the light of day after over 30 years of gestation.  It’s a cool piece to have.