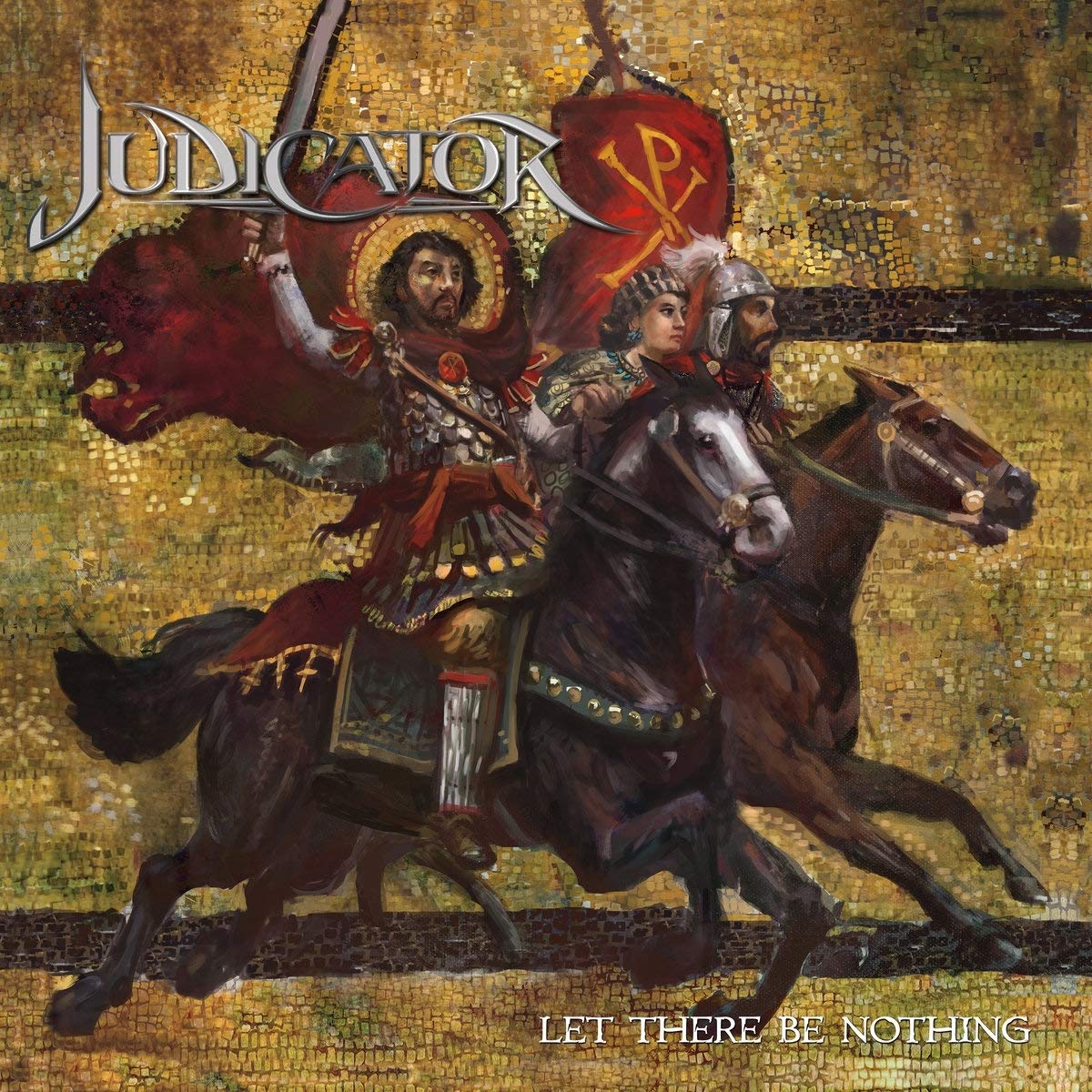 Judicator just oozes European power metal.  For some weird reason, the dudes claim to be American.  Pish.  No fucking way these guys aren’t from some hamlet in the Black Forest of Germany or some isolated fjord in Sweden.

This is metal for all you Blind Guardian, Stratovarius and Hammerfall fans out there.  You’ve got the hard driving old school Maiden-esque guitar riffs.  You’ve got the high pitched vocals that give more than a passing wink and nod to Hansi of Blind Guardian.  You’ve got lyrics about ancient battles and shit.  I mean, there are Romans and Persians and I think we end up in Carthage at some point.  You know, checking all of the power metal boxes.

All in all, this one is a fairly solid entry to the power metal realm.  I think my 20 year old self would have been a lot more excited about this one than the 48 year old version of today.  Maybe I’m just a jaded fuck and have heard too many albums of this kind, but as solid of an album as this is production and performance-wise, it just left me wanting a bit more on some level.  I think it’s more of me not being as impressed by power metal as I once was.  It probably says more about me than it does of this band.