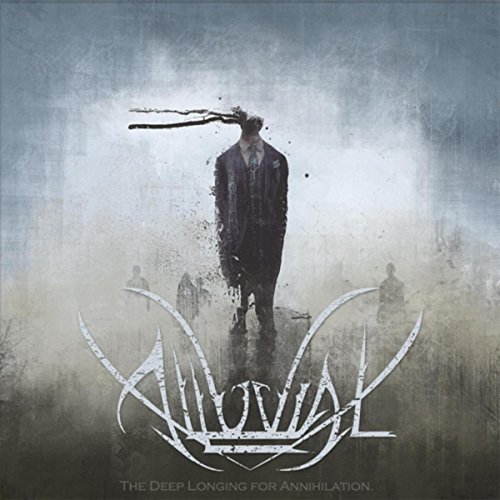 Guitarist albums are hit and miss in my opinion.  In my early years, I was really into guys who could just shred ala Yngwie Malmsteen.  It’s always impressive to hear a guy who is technical master of his instrument, but unless there is a solid song foundation underlying the wankery, it tends to get a bit boring.  As I’ve gotten older, shredding for shredding’s sake just doesn’t hold the appeal that it did in my younger years.

Keith Merrow is a dude from Portland, Oregon, who started his career as a dude just posting songs on the internet.  He is definitely of the shred mode and he started making a name for himself within the metal community with his chops.  A couple of years ago, he got together with Nevermore’s Jeff Loomis and Cannibal Corpse’s Alex Webster to create the instrumental band Conquering Dystopia.  It was a solid release, but still tending to tread into the wankery mode of things and ultimately wasn’t able to transcend into level of Great Album.

This year, Merrow has joined forces with Wes Hauch of Black Crown Initiate (formerly The Faceless).  Hauch is a well-respected guitarist in the technical death metal world.  He seems to focus his energies less on flashy fast techniques and does a good job at focusing more on textures and layers.  The mesh between the two men results in a very impressive album.  It meshes the technical flash along with a more subdued song structure that provides a solid foundation for all of the songs on the album.  I had expected something along the lines of Conquering Dystopia, Part II, but Alluvial is a completely different beast.  One that, in my opinion, that surpasses the prior project with a more star-studded cast.