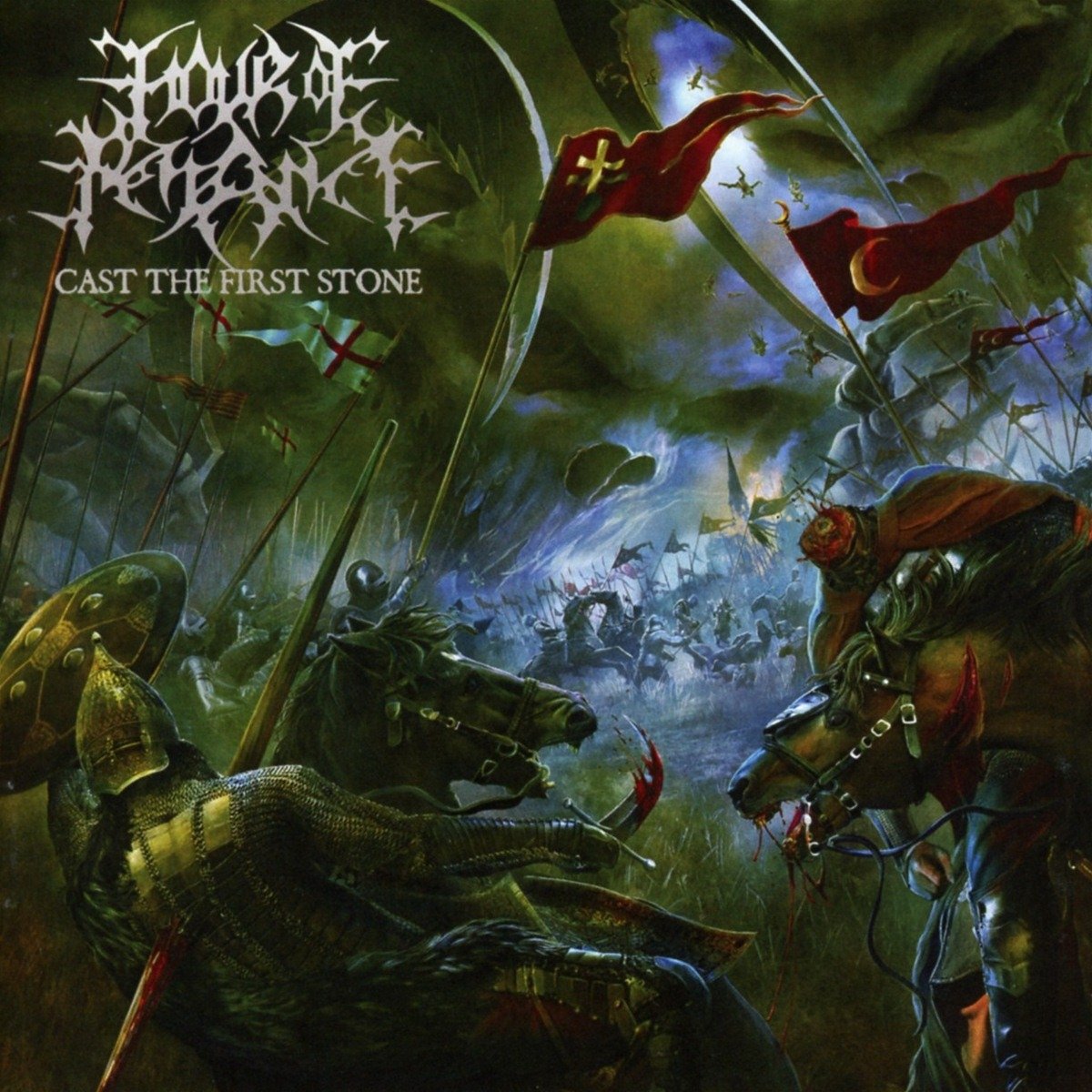 Another week and another solid release by an underground death metal band.

It seems like every metal band is somehow required to either have an album or at least one song that centers on the Crusades.  Italy’s Hour of Penance steps up to the plate this time with Cast the First Stone.  Somehow the violent clashes between the Christians and Muslims over the Holy Land just inspires slabs of pounding metal tunes.  Go figure.

The album at hand starts very strong, but unfortunately, is not able to sustain the momentum throughout the entire journey.  First two tracks, XXI Century Imperial Crusade and the title track, are awesome displays of death metal guitars just furiously smashing the listener’s face.  These first few songs are classic examples of why I love listening to death metal: aggression, technical proficiency and an all out sonic pummeling.  It’s just unfortunate that the second half of the album just can’t compete with the first few songs on the album.  There’s nothing wrong with the latter songs, but they just don’t hold anything special as compared to the start of the album.  We could have had an amazing album had the two sides were of equal intensity and quality.  That being said, the first part of the album is strong enough to make this album a keeper overall.

It is nice to see the countries of southern Europe starting to consistently produce more and more metal bands.  The quality coming out of Italy and France is starting to rival their neighbors to the north, which has traditionally been the stronghold for European metal.