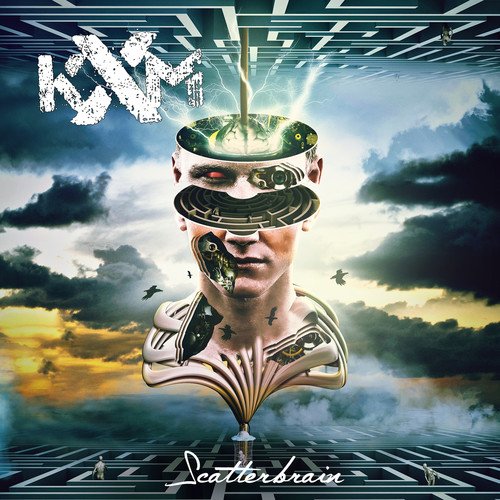 KXM is a collaboration between Ray Luzier of Korn, Dug Pinnick of King’s X, George Lynch of Lynch Mob (ex-Dokken).  When news of this side project first came out a couple of years ago before their first album, I think my reaction of “Well, that’s odd.” was shared by most people.  You’ve got the bassist and soulful vocalist of proggy stalwarts, King’s X, the legendary hot shot guitarist from 80’s hair metal band Dokken and the drummer from nu-metal’s Korn.  It was really hard to know where the common thread between these guys was going to to emerge.

Well, it turns out that these guys work really, really well together and have now crafted album #2 of really strong and catchy rock songs.  More than anything, this sounds very similar to a heavier than normal and more straight ahead King’s X record with George Lynch supplying the guitar parts rather than Ty Tabor.  Let’s face it, anything that Pinnick touches turns to gold.  The guy is just one of the best songwriters in the genre.  The guitar work that Lynch has turned out on these records is the best work that he’s done since the first Lynch Mob album came out in the early 90’s.  It is really a treat to hear him do something relevant and fresh sounding.  Luzier also proves himself as a really solid drummer and he keeps the proceedings grounded with a solid rhythmic foundation.

Since it is kind of unsure if King’s X is ever going to get back into the studio to create new music, this album may be the closest thing we are going to get.  It doesn’t have the three person harmonies King’s X is known for, but it still has that same King’s X vibe.