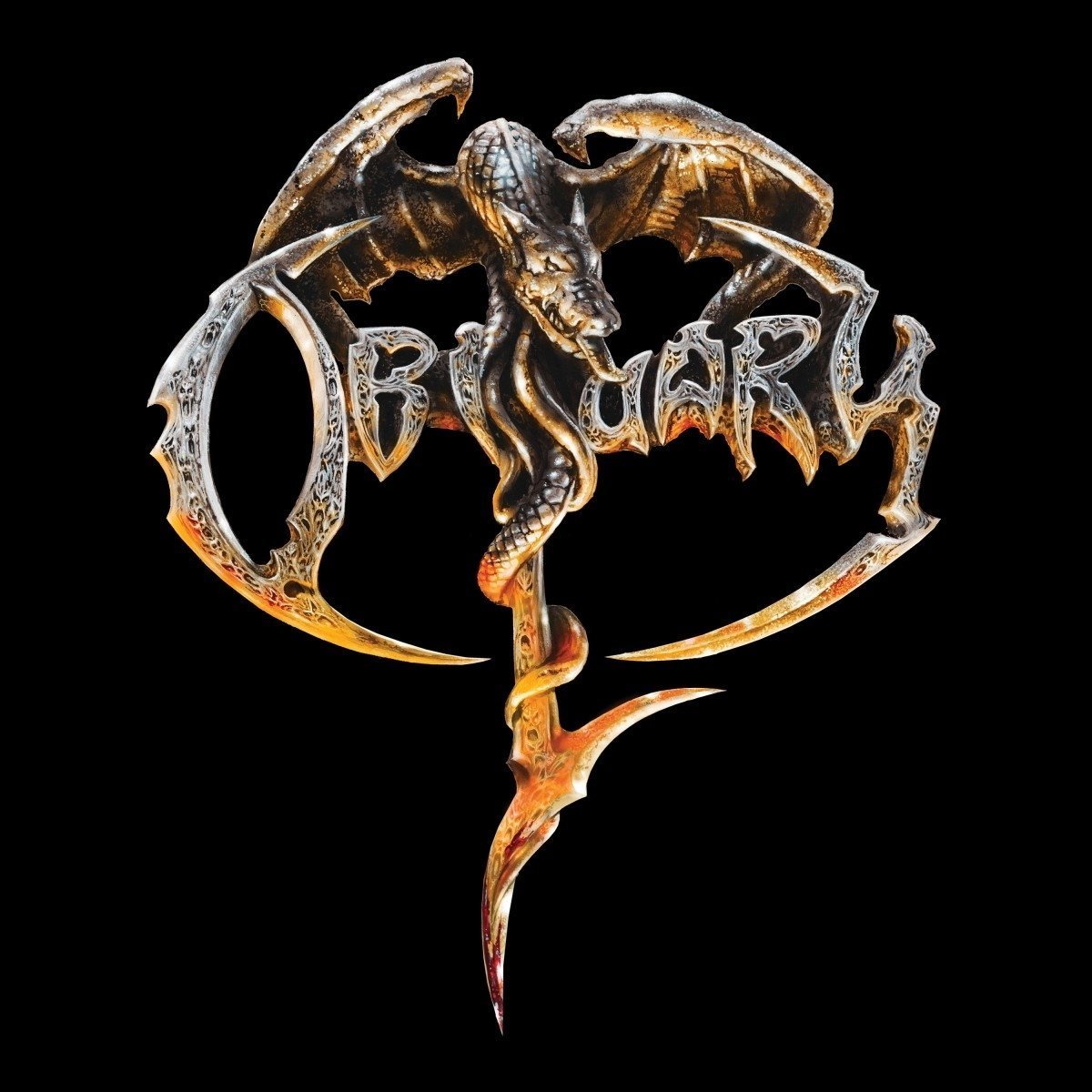 You know that desolate cabin in the woods that was the setting for all the horrendous shit that takes place in The Evil Dead?  Yeah, that’s kind of where I picture Obituary recording all of their albums.  These fun-loving and gore-obsessed rednecks have been pounding out Florida-style death metal since the 1980s.  I just wish that this latest platter measured up to their prior classics.  Maybe they should have just gone down into the basement of the cabin and read a few passages out of the Book of the Dead.  Sure, bad things would have happened, but maybe it would have led to a little bit of inspiration for the writing sessions.

This album isn’t bad by any stretch.  It’s fine.  But sadly, it’s only fine.  I’ve listened to it all the way through a couple of times now and I am seriously having a hard time remembering anything standing out at all.  It’s just not a memorable album.  Sure, there are times when I found my heading bobbing along with the riffs and the pounding drums, but there just wasn’t anything to really make me let out a hearty, “Fuck Yeah!!!” during the proceedings.  That’s kind of the hallmark of a good metal record, isn’t it?  Did you let out a “Fuck Yeah!!” and pump your fist in the air?  Yeah?  Great album.  No?  Not so great album.  The urge never came to me at all while listening to this thing.  It really feels like this was a rushed album simply to give these guys an excuse to get out on the road.

I will say this in the album’s defense.  I kind of felt the same way about their last release, Inked in Blood, and that album ended up really growing on me.  I’m hoping that this new one does the same in the near future.