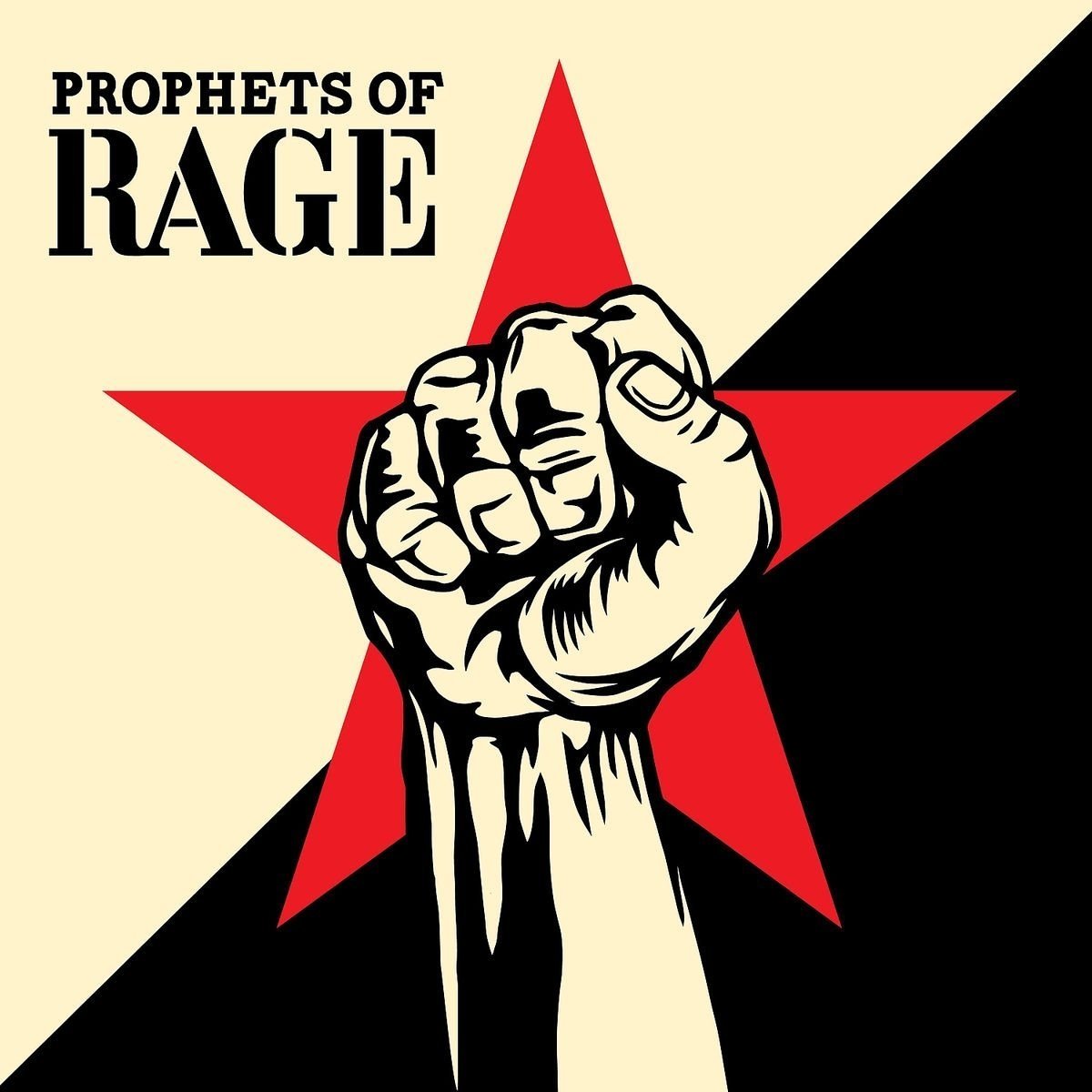 I know I shouldn’t start a review by comparing the current incarnation of the band to the past one, but…….

For those of you not in the know:  Prophets of Rage is the remnants of Rage Against the Machine where they have substituted original vocalist Zack de la Rocha with a turntable and two microphones.

It feels like this album should be a helluva lot more pissed off than it is.  It’s not like the anger isn’t present in the lyrics on here, but the presentation just lacks that extra “AAAAAAARRRRRGGGGHHHHH!” that it needs to push it over the top.  That extra something missing is Zack, plain and simple.  Chuck D (Public Enemy) and B-Real (Cypress Hill) do a capable job in filling in on the vocals, but they just never measure up to the conveyance of desperate rage and “fuck off” attitude in which Zack used to spit throughout the Rage Against the Machine discography.  Even though Rage was a rap/funk/metal hybrid, Zack always seemed more of a punk rock vocalist than a rapper.  His screams of angst just perfectly captured the frustration trying to be conveyed.  Chuck D and B-Real are rappers through and through.  I really thought Chuck would bring more anger to the proceedings like he did with early Public Enemy stuff, but he just somehow comes across very subdued.  And B-Real is just high…so it’s not really surprising that he isn’t spitting venom.  Even musically, Morello, Wilk, Commerford and new guy, DJ Lord, present an album that has its interesting moments, but doesn’t approach the in-your-face approach of past albums.  The album is also sadly absent a true anthem to rally around.  There’s no Killing in the Name, Guerilla Radio, Bulls on Parade, Township Rebellion or Testify.

Now, let me pull it back a bit because it’s not all bad.  I think if this was just a band starting out that I would have had a much more positive reaction.  Living on the 110, Radical Eyes and Unfuck the World are all really catchy tunes and have gotten stuck in my head after listening to the album a couple of times through.

Maybe I’m not being fair to these guys, but it just seems like the past pedigree that the players have laid down in the past justifies holding them to a little higher of a standard.  This is a serviceable effort.  But, damn.  With all the shit hitting the fan in the world right now, this album should have come out swinging a little harder.  Legalize Me ain’t gonna cut it.  We need something to get the blood boiling.