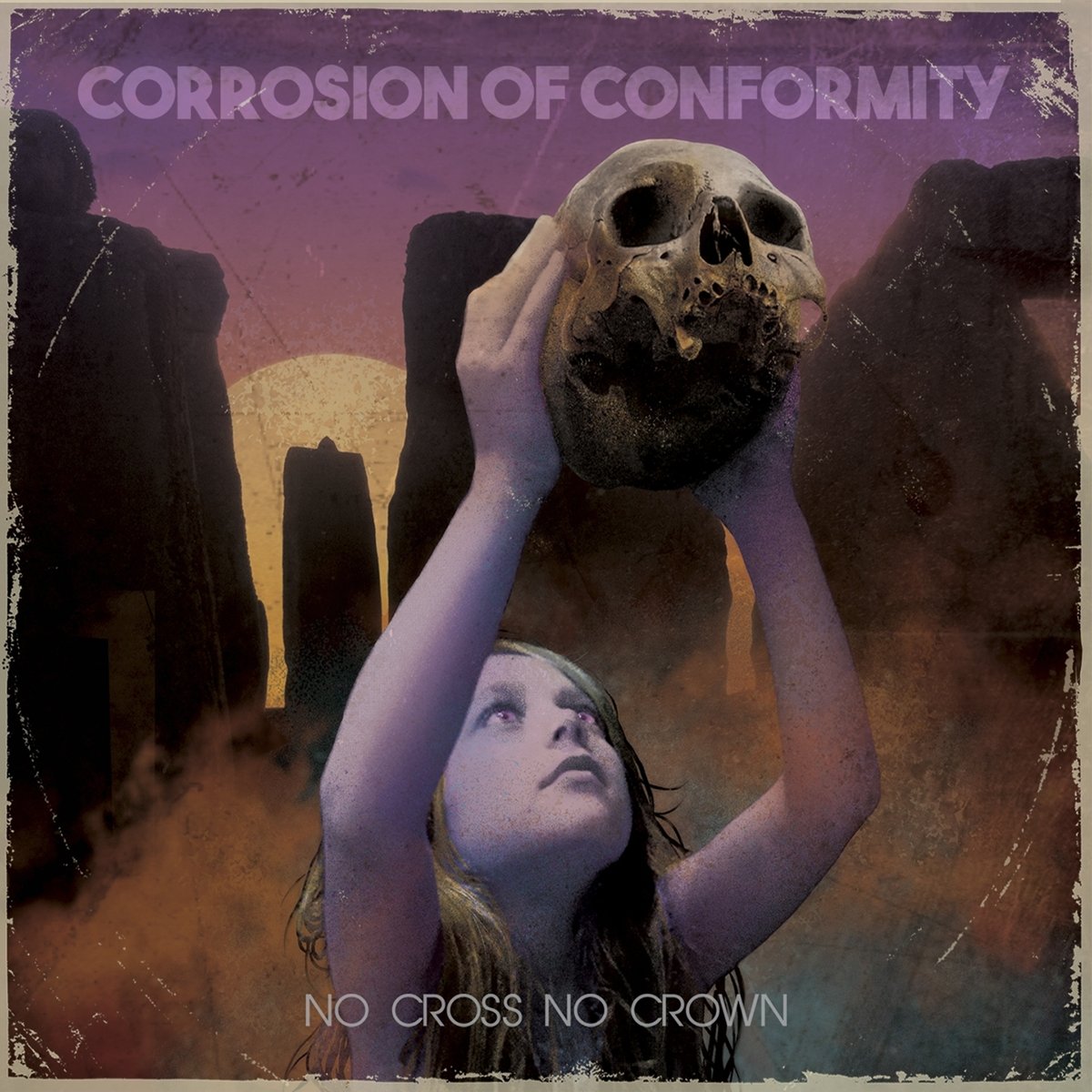 The wait is finally over.  After a multiple year absence of focusing on Down, Pepper Keenan has finally come home to roost with his merry band of sludgemeisters in Corrosion of Conformity to release a brand-spankin’ new album.

Corrosion of Conformity is one of those bands that feels like a comfortable and familiar space.  They feel lived in; like a nice, broken-in easy chair that you can just melt into after getting off work.  There’s just something downright organic about their sound.  To me, COC is the direct descendant of ZZ Top…that is if ZZ Top never ventured into that awful Afterburner mess of the mid-1980s.  Seriously, go put on Rio Grande Mud and Deliverance back-to-back and tell me these bands aren’t joined in some spiritual sense.

So, on to the new album.  It’s a damn solid album and it’s one that I feel is going to get even better with repeated listenings.  I can’t say that it is going to end up matching some of their earlier classic albums, but this is a really good album.  It’s definitely COC.  It has all the hallmarks of their classic sound.  I just wish that some of the riffs stood out a little more than they do.  COC is kind of known for writing these licks that are instantly identifiable as classic riffs.  The music is good, but the songs are just lacking that little extra spice to push them into the legendary realm.  On a positive note, I will say that it is just outstanding to hear Pepper man the lead vocals again.  His voice perfectly captures that worldly-wise weary traveler that these songs need.  Once again, pair him and Billy Gibbons up and you have the same sort of troubadour.

All and all, this is a really good comeback record.  It’s not a masterpiece, but it’s really nice to hear the core four guys back together on some new songs here in 2018.