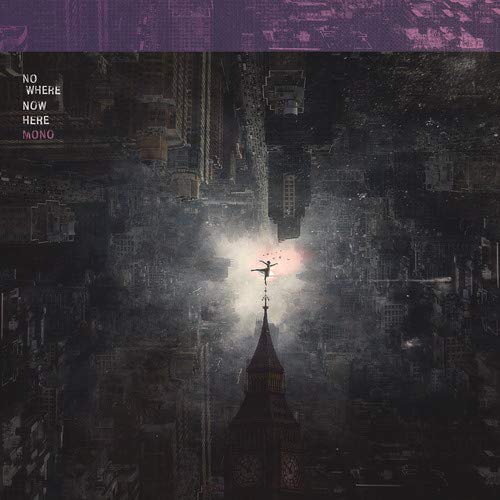 I’m not sure why, but the title on this album reminds me of Mike Myers’ beat poet in So I Married An Axe Murderer.  Woman!  Woe-man!  Whooooooa Man!  Nowhere!  Now Here! Noooooooow Here!

Thanks and goodnight!  Remember to tip your waitstaff!

OK, sorry.  That was dumb, but it’s honestly the first thing that popped into my head when seeing this album for the first time.  Mono is a primarily instrumental band from Japan that seem to mainly delve into a post-metal sort of sound.  They’re very arty and seem more focused on creating an atmosphere than constructing your run-of-the-mill rock/metal song.  This whole album really feels like one long song, which I’m kind of assuming was the point.  It actually comes across in many respects more like a soundtrack to a movie more so than a traditional metal album.

This isn’t an album that is going to jump out and grab you right out of the gate.  It’s a slow burn and it’s one that will probably reward multiple listens because there are just so many textures going on here.  I know the impression on my second pass with the album was much more positive than the first go round.  This was actually my first introduction to this band and it looks like they have an fairly extensive back-catalog that is ripe to delve into.  Give this one a go if your having an especially introspective sort of day.  It feels like a good soundtrack to that sort of mind set.