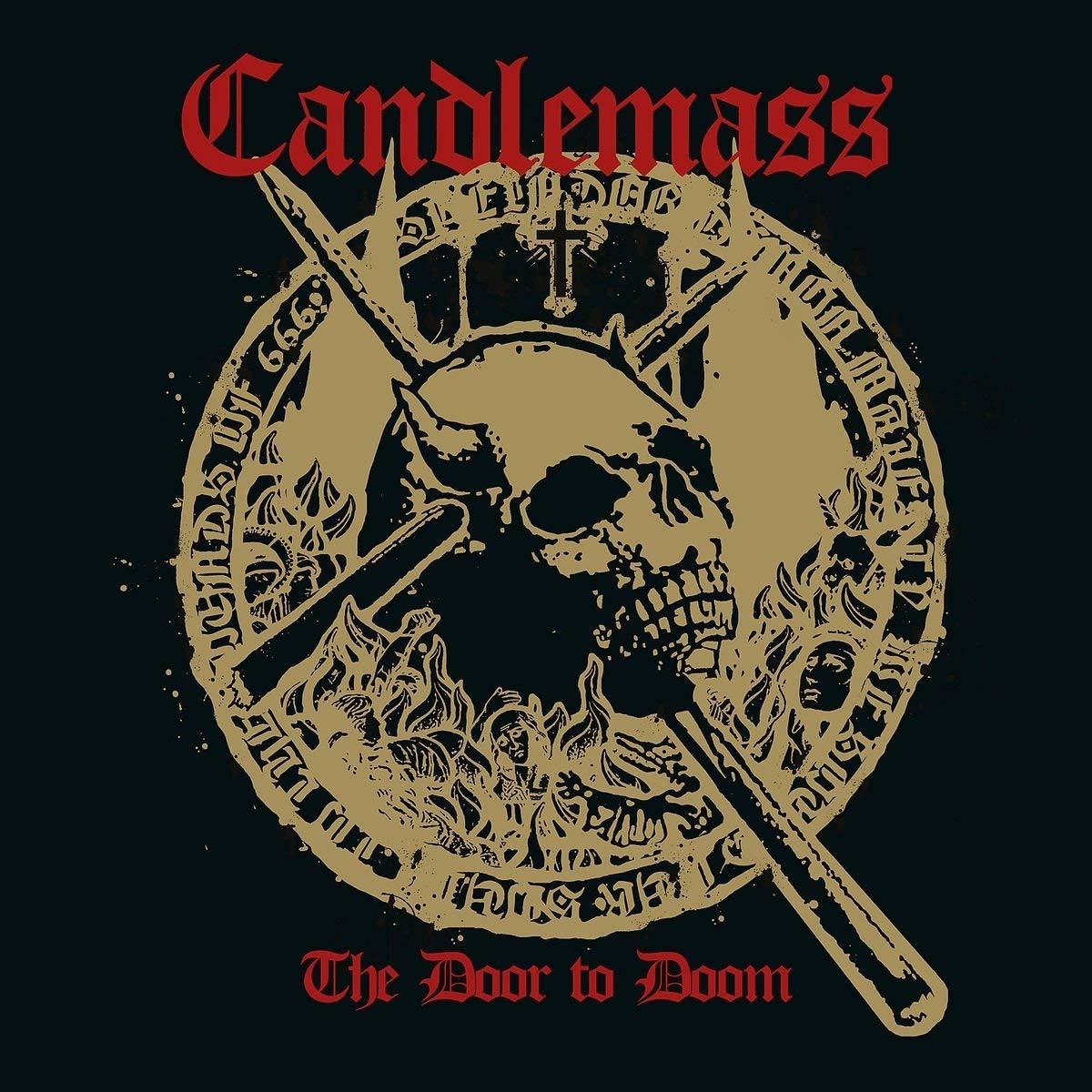 Please let me die in solitude….

So, Candlemass is one of the legendary doom metal bands.  They were one of the early bands that took Sabbath’s lessons to heart and crafted an awesome legacy of sloooowwww fucking riffs and lyrics dripping in despair.  They’ve had a rotating cast of characters helming the frontman position for the band over the years creating distinct eras within their career.  You’ve got the hearty booming bass of Messiah Marcolin, who had two stints with the band in the late 80s and again in the early 2000s.  You had the ethereal tones of former Solitude Aeturnus vocalist Robert Lowe manning the mic in the remainder of the 2000s.  Once things with Lowe came to an end, it sounded like the remainder of the band was ready to hang up the Candlemass moniker for good.

So, The Door To Doom comes as a bit of a surprise.  Especially in light of who they managed to convince to come back for another go on the microphone.  Candlemass’ first album was a classic groundbreaking release entitled Epicus Doomicus Metallicus and the vocalist on that album was a guy named Johan Langqvist.  Langqvist was essentially a session vocalist when the album was recorded and he decided to take a pass at a permanent position as frontman for Candlemass after the album was released.  Now, 35 years later, the band somehow managed to convince him to come back and join the band for a do-over of sorts.  Part of me really wants to know what dude has been doing for the past 35 years and what made him agree to come back so many years after the debut album.  I really hope he has been an accountant or something.

In addition to bringing back the vocalist from the first album, they also managed to get Tony Fucking Iommi to lay down a guest lead on one of the songs (Astorolus).  Think about that for a moment.  The dude who was instrumental in creating heavy metal in the first place and who was the primary influence on your band agrees to contribute to one of your albums.  Humbling shit, that right there.

Anyway, the album is basically what you would expect from Candlemass.  It’s a doom metal record.  Slow, chunky riffs.  Melancholic vocals and lyrics.  A bit of Satan thrown in for good measure.  It’s not the best album they have produced in their lengthy career, but it’s good.  It’s nice that they haven’t hung up their axes just yet when they are still capable of producing what is really a celebration of their past and a clarion for a possible new era of the band.  Cheers!