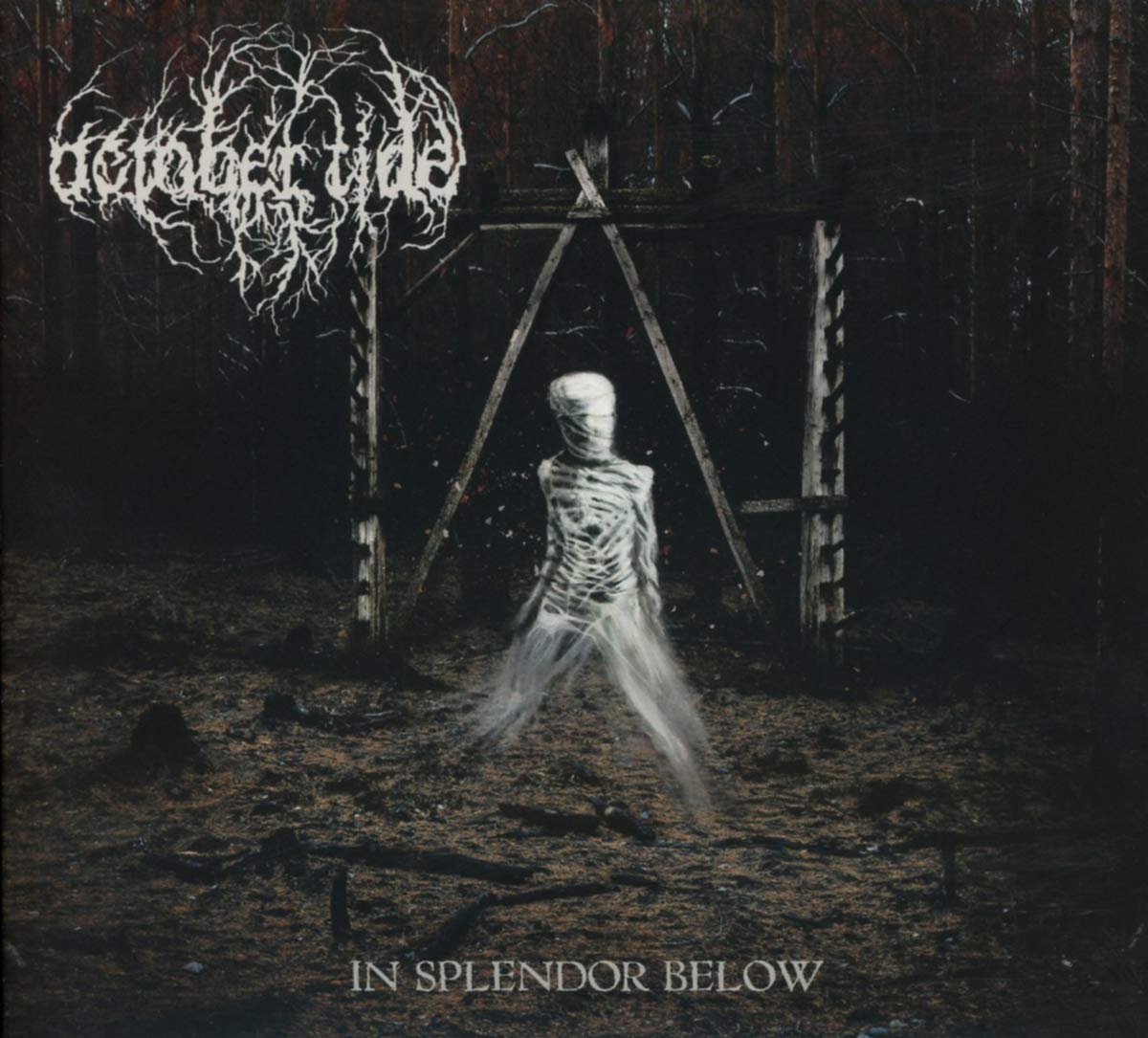 October Tide is one of those former side project that has since evolved into a main gig band for one of the original members.  This band started as a side gig for Jonas Renske and Fred Norrman of Katatonia.  I never really understood the purpose of this band since it sounded quite a lot like old Katatonia, but I guess it gave Fred and Jonas a death metal outlet as Katatonia evolved into a more melodic and melancholy entity over the years.  At any rate, Fred eventually left Katatonia and has since had October Tide as his main creative outlet and Jonas has left October Tide.

In Splendor Below sees October Tide ditching their old minimalist logo for this latest release and going with the new old-schoolish death metal logo for this one.  Not sure I really care for the new look, but it does kind of fit for the album enclosed.  This new platter feels a little more of an embrace of the death metal aesthetic than their previous album, Winged Waltz.  Even though this new album feels grittier and contains a bit more edge than their prior album, I still think the material doesn’t quite reach the level of quality of the previous album.  I can’t exactly pinpoint what is holding this current batch of songs back a bit, but overall, it just feels a tad rote.  Like there just wasn’t a grand bout of inspiration pushing the creation of this one.  It’s not bad.  It just feels a little middle of the road style death metal.