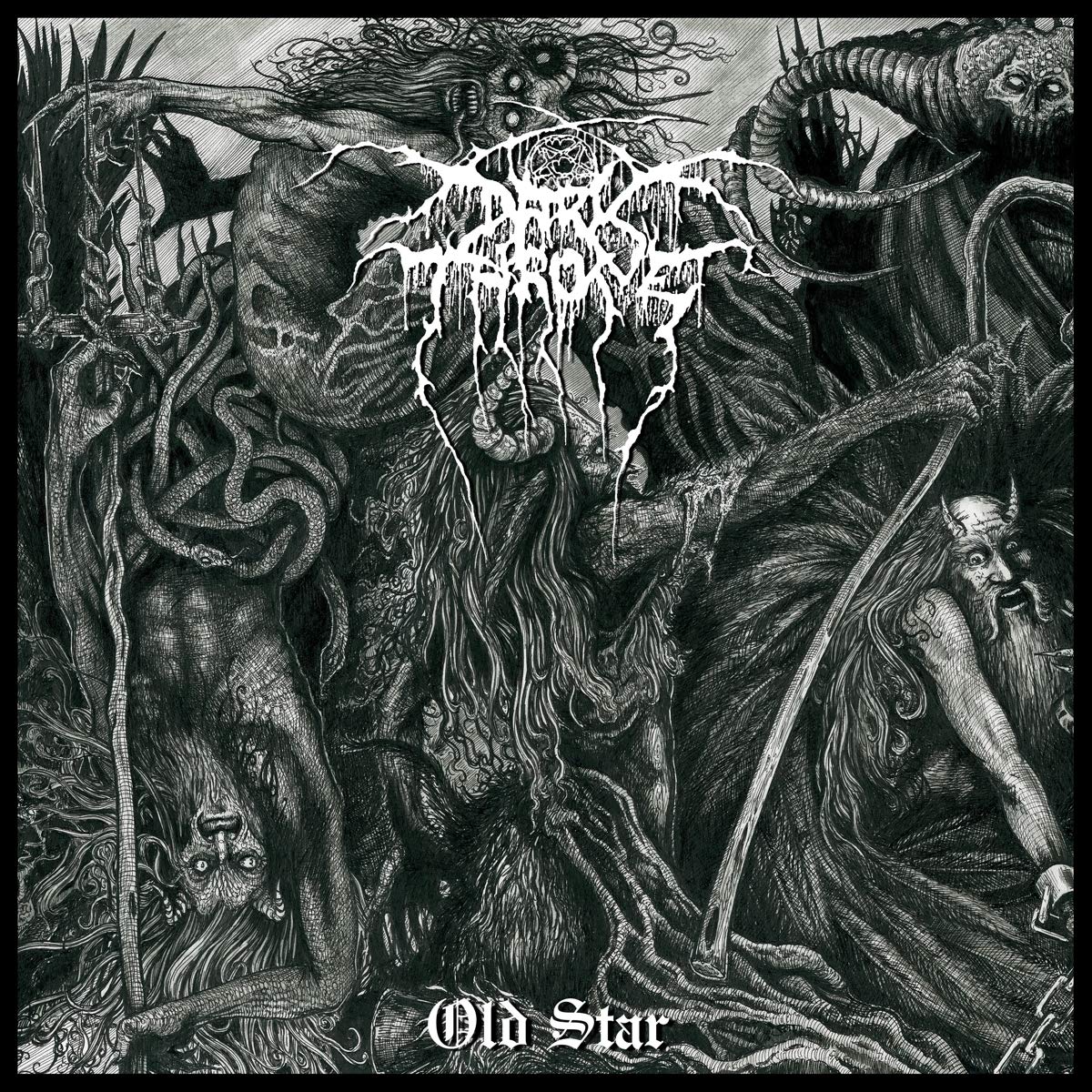 Damn.  Album #17 for these frostbitten and blackened souls of the north.  Darkthrone’s style has come a long way from their early albums as one of the forefathers of the Norwegian black metal scene.  Whereas the music has become a little more accessible over the years and has strayed from the true formula of those early black metal traditions, the music presented here is still putridly dark and grimy.

The latest album is a brief one in length, but it’s styles are kind of all over the place.  I hear elements of the blackened crust punk sound they have embraced in recent years and also a little more of a traditional heavy metal sound overall.  At its core, however, is that same old Nocturno Culto and Fenriz collaboration that has pushed this vehicle forward for all of its years of existence.  Seriously, these guys are the Astbury/Duffy of the black metal world.  A two-man team of creativity that just keeps churning out solid music year after year.