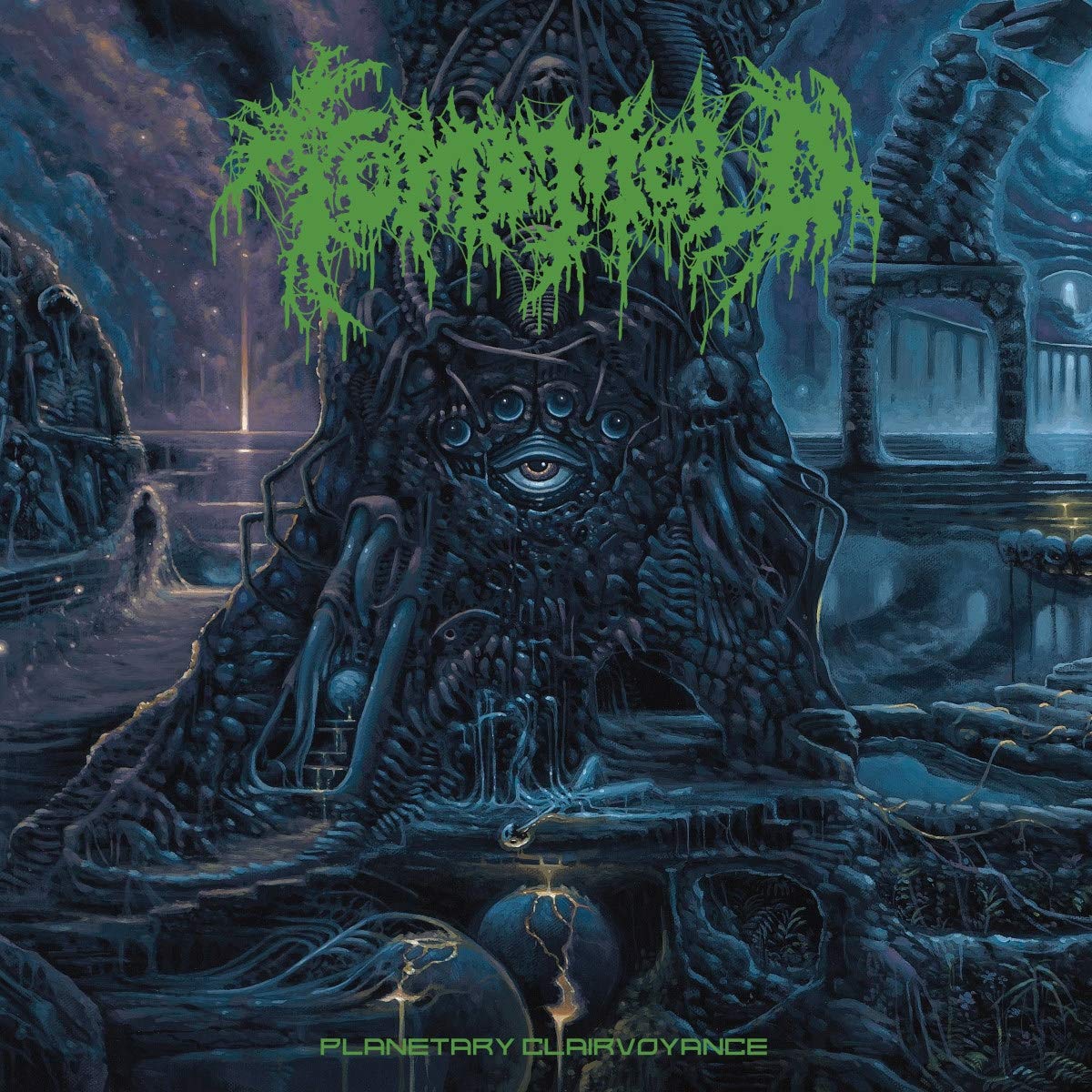 Tomb Mold came blasting out of nowhere (well, Canada, to be exact) with last year’s Manor of Infinite Forms.  I absolutely fell in love with that album from the very first spin.  It was death metal as death metal should be.  Aggressive, but not to an abrasive extreme.  Crisp and inventive riffs throughout.  And it appeared as if I wasn’t alone in my sentiment regarding this band because the positive buzz surrounding them just continued to grow as the year went on.

So, capitalizing on the positive energy and response from the last album, Tomb Mold regroups and puts out their next slab of destruction in a year’s time.  The new album kind of solidifies in my mind that Tomb Mold is kind of like a Cannibal Corpse-type band with a bit of the aggression turned down and with the concept being less focused of grind/gore and focusing more on a sci-fi bent to the proceedings.  I think the Cannibal Corpse comparison really comes from the hideous death-gurgle of vocalist/drummer Max Klebanoff (yeah, singing death metal drummer…fucking nuts, right).  It just sounds like Max is Corpsegrinder’s soulmate as far as vocal stylings go.  All in all, I don’t feel as though the latest album quite reaches the impact of Manor of Infinite Forms.  It’s strong and is very much a solid release that should further propel Tomb Mold’s burgeoning career forward, but it just doesn’t have that certain unique spark that the previous album had.  It’s a very slight criticism because the metal contained on here is still really good and blows away a great majority of the death metal coming out today.  These guys are one of the bright new stars.  Jump on the bandwagon now.