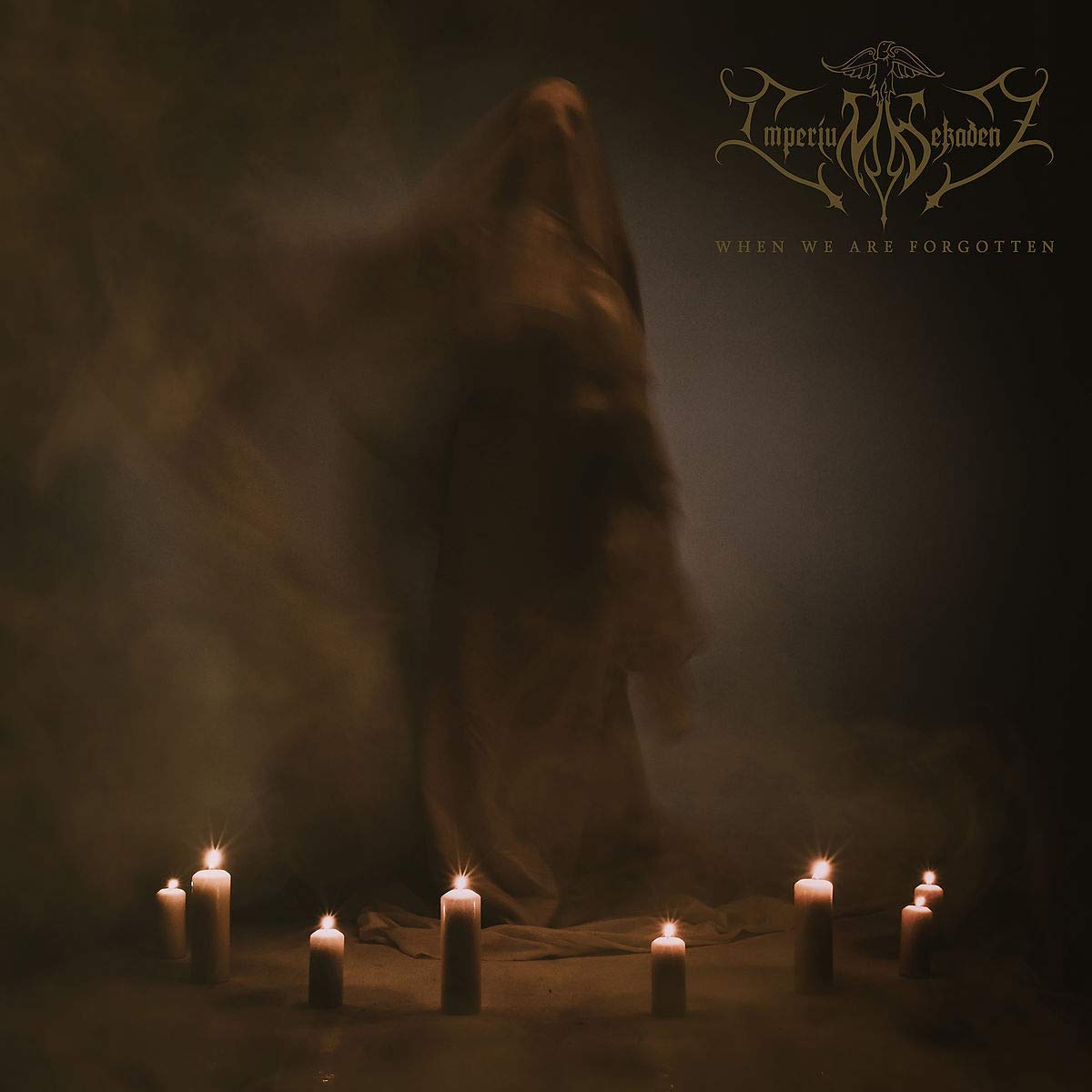 If you’re wondering about the odd spelling of their name, these dudes are German.  Specifically, they claim to hail from The Black Forest region of Germany.  Yes, a black metal band from The Black Forest.  It does not get anymore metal than this.  Everyone else can just quit.

So, this was my first exposure to Imperium Dekadenz and I’ve got to be honest that the name alone didn’t really inspire much confidenz in the material contained on this album.  But there was just something about the album cover and the title of the album that drew me in.  And I’m glad that I did because this is a slab of black metal performed in the manner that I prefer my black metal served.  This isn’t your blast of frozen blastbeats, icy drill bit riffery and Satanic lyrics.  What you have here is a very smart and mature sounding album that focuses more on building these bleak and dreary atmospheres.  There are passages on this album that are simply beautiful.  I mean, don’t get me wrong.  This thing is dark.  But it’s more dark in a morose and melancholy manner where the focus is on death, loss and despair than on being evil as fuck.  This is black metal all grown up in a manner of speaking.  The music is simply very creative and reminds me in a way of Agalloch.

Not only is this probably the best black metal album I’ve come across this year, but is also probably going to end up being one of the better albums to come out this year period.  Give these guys a shot.