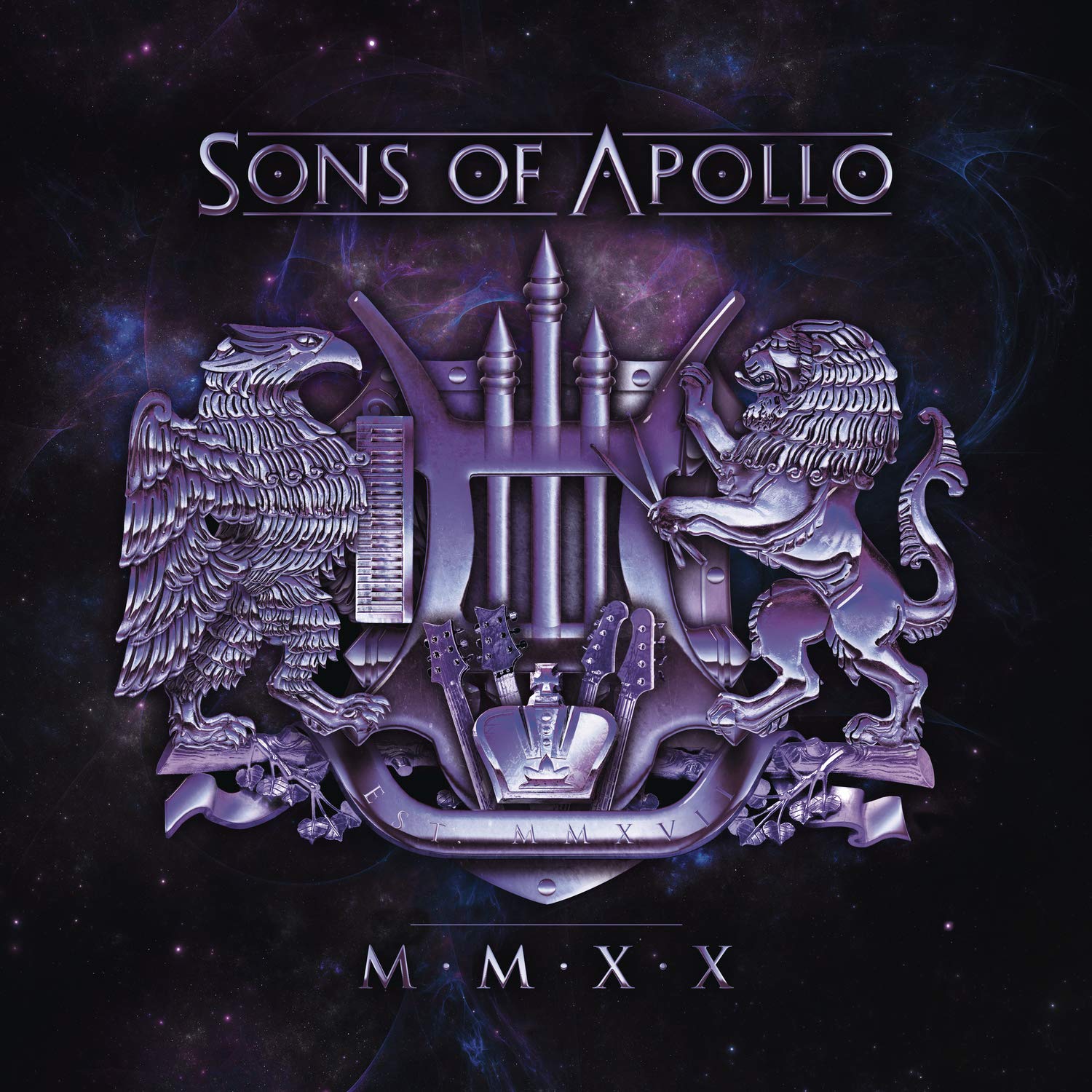 Not exactly the first album release of 2020, but it’s the first one I’m going to review.  Sons of Apollo enter 2020 with the adventurously named MMXX, the Roman numeral for 2020.  See, it’s 2020 and they have named their album released this year “2020”.  It just doesn’t get more inspired than that.

So, this is another one of these proggy mercenary albums.  The number of exes in the musical bios for the members of this group are massive.  This started out as the brain child of Mike Portnoy (ex-Dream Theater) and Derek Sherinian (ex-Dream Theater) getting back together in what feels kind of like an attempt to recapture the sound of the Dream Theater era in which they were involved.  They have wrangled in Ron “Bumblefoot” Thal (ex-Guns N Roses) and Billy Sheehan (ex-David Lee Roth) and Jeff Scott Soto (ex-Yngwie J. Malmsteen) to round out the band.

As with a lot of these all-star bands, it seems as though forging an original identity is always the biggest struggle.  They play less like a cohesive unit than a showcase of individual talents.  Hey, let’s have Portnoy go nuts on this song.  This song we’ll let Bumblefoot show his chops.  And so on and so forth.  As a result, the songs tend to suffer.

So, the final product on this one feels a little more cohesive than their debut album, Psychotic Symphony, from a couple of years ago.  Foundationally, you’ve still got that prog metal sound that Dream Theater perfected in the 90s.  However, it does feel like the sound on this one is a bit of a throwback in feel to bands like early Rainbow and classic era Deep Purple.  Sherinian’s keyboard work is definitely the highlight on the album.  Even though it feels like this album is a step in the right direction in the band finding its sound and it is more than capably performed, it just doesn’t inspire any lasting impression.  I have a feeling that this is going to be another album that is forgotten by the time we reach the end of MMXX.